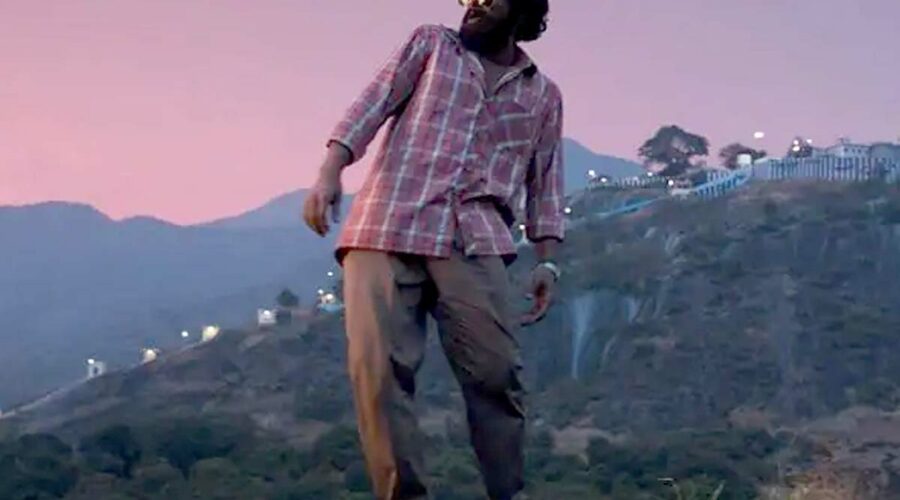 Stylish Star Allu Arjun was last seen playing the lead role in rural drama Pushpa: The Rise which was helmed by Sukumar and the movie was a blockbuster at the box office.  The swag, style and dialogues of this Telugu entertainer Pushpa have become a rage globally with many Bollywood stars, international cricketers and now South Korean influencers enacting it by adding their own twist to the recreations. Stylish Star Allu Arjun’ Srivalli hook step wearing a red chequered shirt and brown pants got a thumbs up from the movie lovers. During the show Kaun Banega Crorepati 14,  host Amitabh Bachchan who  is known to share a lot of interesting stories from the world of entertainment,  shared a story about the ‘slipper’ step performed by Allu Arjun in Pushpa: The Rise Srivalli song.

Bollywood megastar Amitabh Bachchan revealed that  when he was in Hyderabad for the shooting for a film, he asked his director about Allu Arjun’ iconic Slipper step, Big B asked the director if it was a mistake or a choreographed move? The director said that he was right and that it was a mistake.  Icon star Allu Arjun missed his slipper and it became a step and the director kept it as it is.

Allu Arjun will next be seen in the second part of Pushpa titled- ‘Pushpa: The Rule’. The sequel will also be helmed by Sukumar.