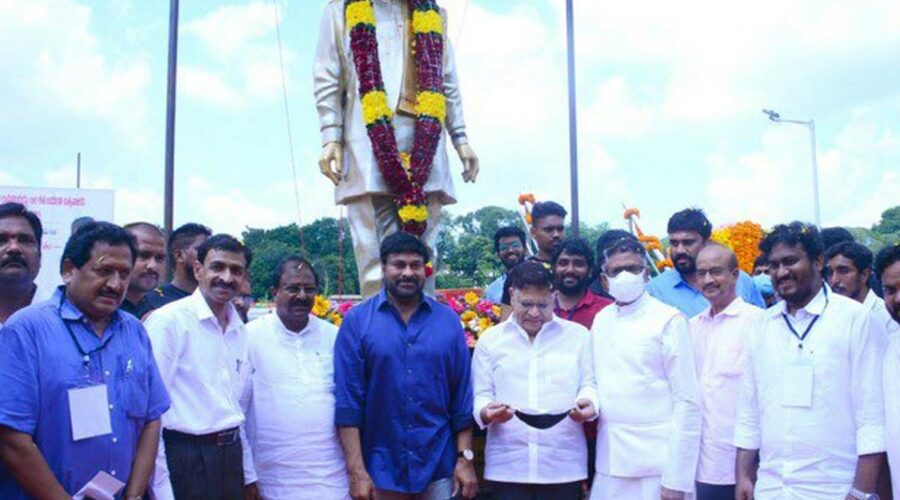 Allu Arjun thanked  Chiranjeevi yesterday evening and said: “Its our pleasure to have Chiranjeevi garu unveil the statue of Allu Ramalingaiah garu in Rajahmundry. It was heart touching to hear the fond words he shared about my late grandfather. Me and the allu family whole heartedly thank him for this wonderful gesture.”

On the otherside, Chiranjeevi was last seen in Sye Raa Narasimha Reddy,  which was released in 2019, which also starred Bollywood megastar Amitabh Bachchan, lady superstar Nayanthara and Tamannah Bhatia in a significant role.

He will next be seen in Telugu social message oriented movie Acharya, directed by Koratala Siva. The  big budget drama has  Kajal Aggarwal as the leading lady. Meanwhile  Allu Arjun will be seen playing the lead role in Pushpa: The Rise.