The court said that “those in power must shun the attitude of ‘my way or no way’ and should welcome suggestions from all the quarters”. 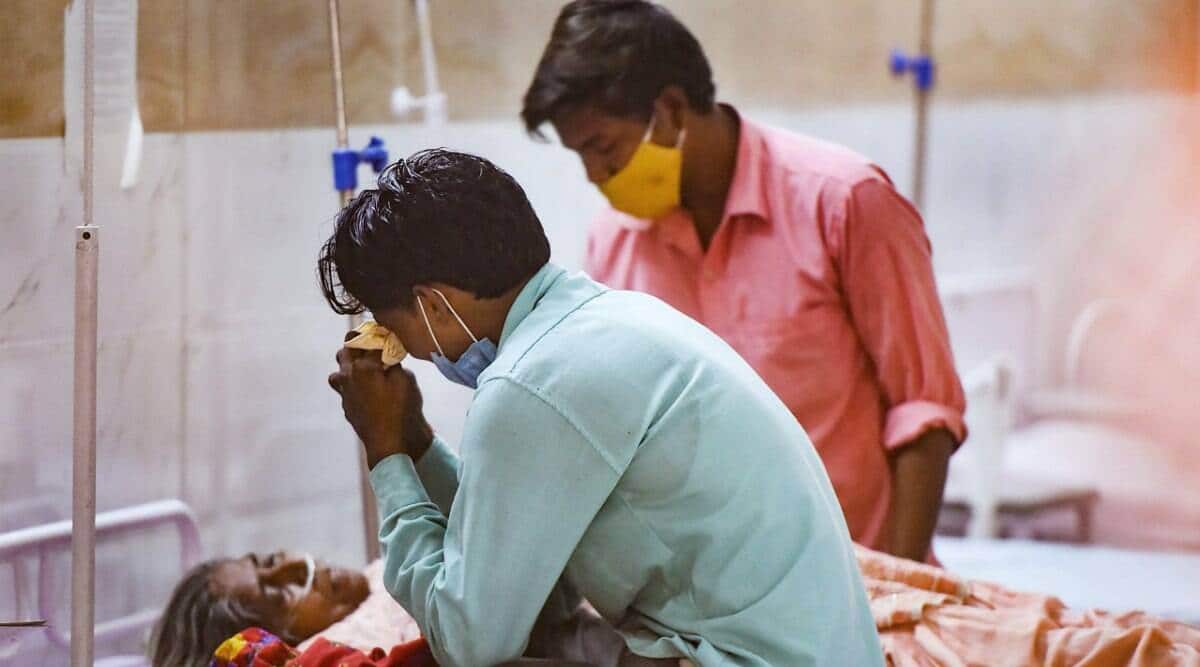 NOTING THAT the overall situation in major cities of Uttar Pradesh has become “very chaotic” due to the Covid surge, the Allahabad High Court Tuesday issued orders for judicial officers to be appointed as nodal officers in nine worst-hit districts who will report every weekend about the prevailing situation.

The court said that “those in power must shun the attitude of ‘my way or no way’ and should welcome suggestions from all the quarters”.

Hearing a PIL on the pandemic, a bench of Justices Siddhartha Varma and Ajit Kumar said that the reports submitted by the nodal officers will be placed before it during hearings to ensure compliance of directions issued by the court to the state government.

“…the ghost of Corona is marching on the roads and streets of the major cities of the state and it can be anybody’s fate,” the court said. It observed that those with resources will survive and the rest, as “histories of past pandemics tell us, may die for want of proper healthcare”.

The court asked the District Judges of Lucknow, Prayagraj, Varanasi, Kanpur Nagar, Agra, Gorakhpur, Ghaziabad, Gautam Budh Nagar and Jhansi to nominate a judicial officer of the rank of Civil Judge (senior division) or above as nodal officer.

The court said the state government must ensure that every death in hospitals and facilities dedicated to Covid treatment is reported to the nodal officers. The government shall ensure “correctness of the data forwarded to the officer concerned each day”, it said.

The court also issued notices to the UP State Election Commission, seeking an explanation by the next date of hearing on May 3 “as to why it failed in checking non-compliance of Covid guidelines during various phases of the panchayat elections held recently and why action may not be taken against it and its officials for the same and to prosecute those responsible for such violations”.\

The court directed the Election Commission to take measures for the last phase of panchayat elections to ensure that the guidelines are complied with. The court said that “failing to do so, action will be taken” against the officials involved in the election process.

The court said it has taken cognizance of a news report published in Hindi daily “Amar Ujala” that 135 teachers, shiksha mitras and investigators who were on election duty had allegedly succumbed to Covid.

The court said that it’s a “matter of shame” that even after seven decades of attaining freedom, with so many heavy industries set up, “we are not able to provide oxygen to our citizens”. It observed that though hospitals and their staff are working round-the-clock, the “management of the system is still not up to mark”.

The court said that it is an “open secret” that the government became complacent by the end of 2020 and got more involved in other activities, including the panchayat elections. “Posterity would never forgive us if we remain oblivious to the real public health issues and let the people die for want of adequate health care,” said the court.

Issuing a series of directions on Covid management, from health bulletins and display screens at hospitals to filling up staff vacancies, the court asked the government to submit details of Covid facilities at the next hearing.

04/28/2021 India Comments Off on Allahabad High Court steps in: judicial officers will track ‘chaotic’ situation in UP
India