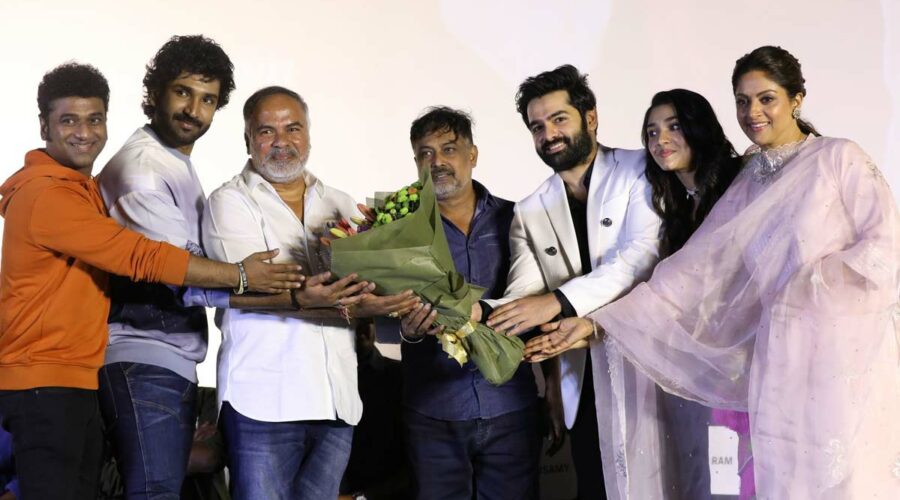 Ram Pothineni‘s upcoming Tamil-Telugu bilingual movie titled The Warrior is an adventurous drama. It is up for theatrical release on July 14. Ahead of its release, the makers have already promoted its content which created a huge buzz in the public. Krithi Shetty will be seen alongside Ram.

A massive stage has been set for its pre-release event. Already, the film’s Tamil version pre-release event was held in Chennai, a few days ago. It has created much hype to the film. Now, the makers are gearing up to hold Telugu version’s pre-release event on the 10th of this month at JRC Conventions in Hyderabad. But yet, there is no information regarding chief gusts for the grandiose.

The Warrior is directed by Lingusamy and produced by Srinivasa Chitturi under Srinivasa Silver Screen banner. Pavan Kumar is going to present the film. Aadhi Pinisetty, Akshara Gowda and others will be seen in pivotal roles. Musical tunes were given by Devi Sri Prasad and cinematography was handled by Sujith Vasudev.