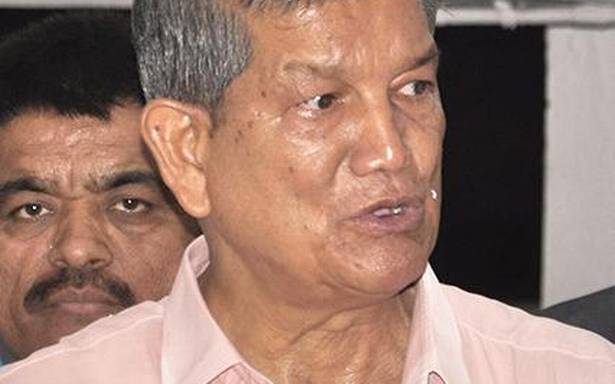 An effort to resolve issues is being made, says Cong. in-charge for State

Amid the ongoing infighting in the Congress Punjab unit, All India Congress Committee in-charge of Punjab affairs Harish Rawat on Thursday said all was not well within the party.

To a question, Mr. Rawat said, “I won’t say all is well, but all things will get sorted out and whatever few issues are there an effort to resolve is being made.”

Mr. Rawat was in Chandigarh to meet party leaders to resolve the bickering.

The infighting flared up after four Ministers, including Sukhjinder Randhawa, Tript Rajinder Bajwa, Sukhbinder Sarkaria and Charanjit Channi, besides a few MLAs on August 24 had expressed “lack of faith in the leadership of the Chief Minister in fulfilling the party’s 2017 Assembly election promises”.

Mr. Rawat said he discussed the 18-point programme of the central leadership with the Chief Minister.

“Primarily, issues surrounding five priority areas of the ‘high command’s 18-point agenda, which includes punishing the main culprits behind the sacrilege of Guru Granth Sahib at Bargari in 2015, arrest of ‘big fishes’ behind drug trafficking, cancelling ‘faulty’ power purchase agreements and steps towards ensuring that the Centre’s three farm laws are not implemented in Punjab — were discussed and concrete actions in Punjab’s interest shall be seen soon,” said Mr. Rawat.