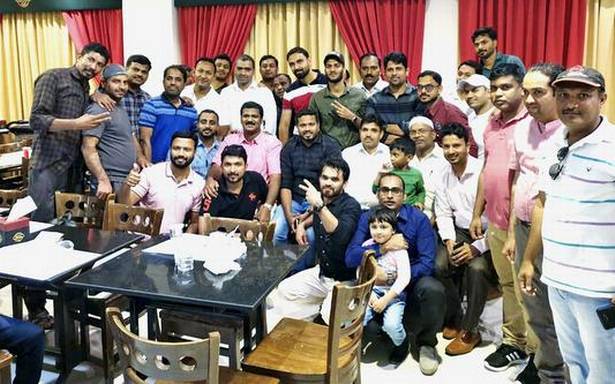 A gathering in Dubai prompts an encore in July

A week ago, Dubai witnessed a unique Iftar gathering of Malayalis from across the Emirates. The get-together of people with the name Faizal from different parts of Kerala made it to the Dubai media, including the Gulf News.

Enthused by the success of the gathering, about 1,500 Faizals are preparing to assemble at Kottakkal in Malappuram on July 14.

The date of the gathering was chosen to coincide with the holiday season of the many Faizals working in the Gulf. Faizal Tahani, who presided over the gathering, had initiated the eponymous grouping in the social media. From a handful of friends, the group has swollen in four months to a network of more than 1,000 Faizals, connected via WhatsApp and Facebook groups.

“It’s an amazing gathering. A gathering that makes it different and special,” said P.P. Sasindran, senior Malayali journalist, who was the lone non-Faizal guest at the Iftar.

According to Mr. Tahani, the group will provide a solid platform for Faizals not only to share and care, but also to reach out in times of need. Some Faizals had come to the Dubai Iftar driving more than 250 kilometres from places like Al-Ain.

Many of them will be flying thousands of kilometres to take part in the Kottakkal meeting. All the Faizals coming for Kottakkal gathering may not be Muslim.

A Christian named Faizal from Switzerland is also expected to fly down for the Kottakkal event.