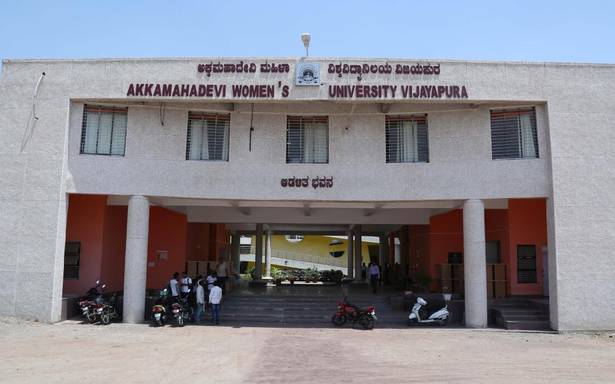 This is part of a plan to expand its presence across Karnataka by setting up regional, extension and post-graduate centres

Vijayapura-based Karnataka State Akkamahadevi Women’s University will expand its presence across the State by setting up regional centres, extension centres and post-graduate centres.

Addressing students at the 12th convocation on November 9, Vice Chancellor B.K. Tulasimala said, “We are focussing on providing higher education to girls across Karnataka, especially in rural areas. Now that our scope has expanded to the whole State, we will try to reach out to all the corners of Karnataka.”

The State Government has sanctioned 4 acres at Addiganahalli near Bengaluru. The university proposes to establish a regional centre on the site and run a KAS/IAS coaching centre for women aspirants.

The university will start a post-graduate centre in Udutadi village, the birthplace of 12th century saint Akka Mahadevi. The government has sanctioned around 10 acres in the village. The local Member of Parliament has assured to help the university in construction of various buildings, hostels and other infrastructure required to start various skill development programmes and courses at Udutadi PG centre.

The university has completed construction of buildings in the PG centres in Mandya and Sindhanur. All offices have been shifted to the new buildings.

There is a plan to establish an extension centre of the university in Bidar district, she said.

“Akka TV, the university’s news channel, has over 22,000 active subscribers on Youtube. It has posted over 500 videos and has won over $200 in advertisement revenue. This is the only video channel of a university in Karnataka to have viewership of over 10 lakh,” she said.

“The university has begun translating text books for bachelor programmes in Indian languages, as per requirements of the New Education Policy. Faculty members are engaged in research projects funded by Central agencies. They have published 216 research papers that include 2,402 citations. They have got a total of ₹18 lakh in research grants. Teachers have published 18 books. Some teachers have got national and State-level awards,” the VC informed the students.

Governor and Chancellor of the university Thaawarchand Gehlot presented the awards and certificates. The university awarded graduate, post-graduate and PG diploma to 11,208 students. As many as 48 students got PhDs, 19 students got M Phil, and 76 students won prizes, including 65 gold medals and 11 cash prizes. Due to COVID-19 restrictions, only a few students received their degrees in person.