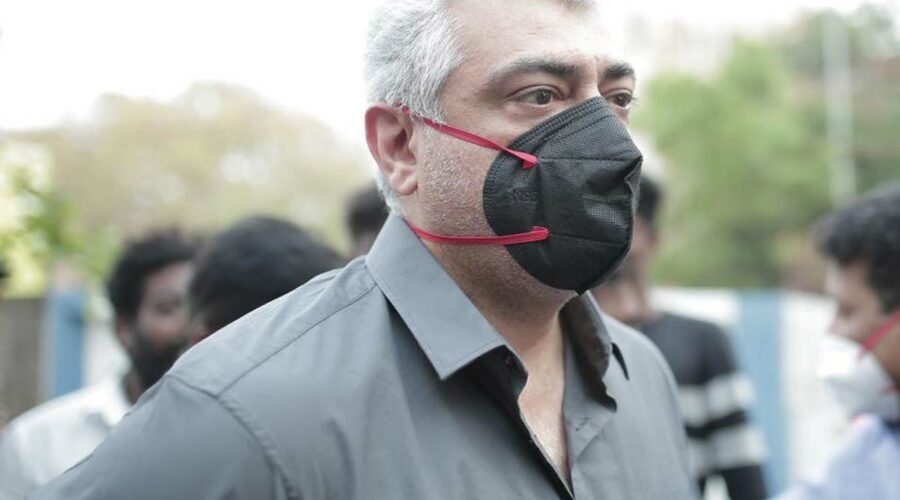 Voting for TN-Tamil Nadu assembly elections 2021 tool pace yesterday on 6th April and several celebrities  from Tamil film Industry in the state Tamil Nadu showed up to vote in the wee hours of yesterday a bid to avoid the crowd. Even then, huge number of people gathered to get a glimpse of Tamil stars like Ajith Kumar, Vijay, Chiyaan Vikram, Suriya, Karthi among others.

Thala Ajith is known as one of the few actors who is known for his simplicity. He usually avoids attention from anyone. Now according to the latest report,  Thala Ajith was miffed by a fan yesterday morning who tried to take a selfie with  the actor without his consent.

When Ajith flashed his inked fingers, some fans misused this opportunity and tried to take selfies with them without their consent. That raised the anger of Thala Ajith and he snatched the fan from the fan’s hand.

Thala Ajith arrived with his wife Shalini at the Thiruvanmiyur polling booth then an unmasked fan in the crowd tried to get a selfie without the actor’ permission. So Vedhalam actor lost his temper and then, he snatched the phone from the guy.  Ajith was one of the first few Tamil celebrities to cast his vote.