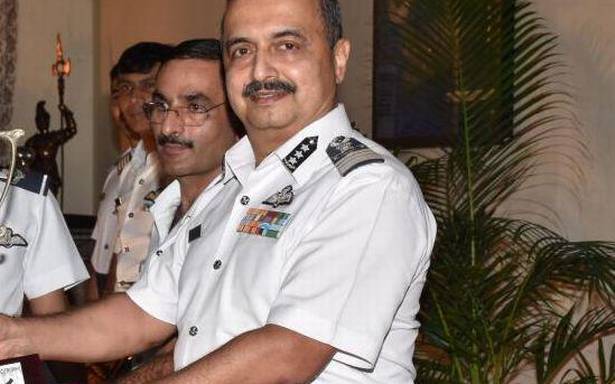 Normally, new Service chiefs are announced 2-3 months prior to give time for the chief-designate to get oriented with the new role.

Air Marshal Chaudhari was commissioned in the fighter stream of the Air Force on December 29, 1982. He has flying experience of more than 3800 hrs on a wide variety of fighter and trainer aircraft, including missions flown during Op-Meghdoot and Op-Safed Sagar.

He is an alumnus of the National Defence Academy and the Defence Services Staff College, Wellington.

As an Air Vice Marshal, he has been Deputy Commandant, Air Force Academy; Assistant Chief of Air Staff Operations (Air Defence); and Assistant Chief of Air Staff (Personnel Officers). He has also held important appointments of Deputy Chief of the Air Staff at Air Headquarters overseeing capital procurements and Senior Air Staff Officer at the Eastern Air Command. He was the Air Officer Commanding-in-Chief of the Western Air Command before taking over the present appointment as Vice Chief on July 01, 2021.

This is the beginning of the change of current line of Service chiefs, with the Navy Chief Admiral Karambir Singh set to retire end-November and Army Chief Manoj Naravane in service till April 2022.