Tata Group-owned Air India, under its new chief executive officer and managing director Campbell Wilson, is optimising its domestic strategy under which the carrier is “densifying” its presence on metro-to-metro routes and exiting from unviable ones, Business Standard has learnt. 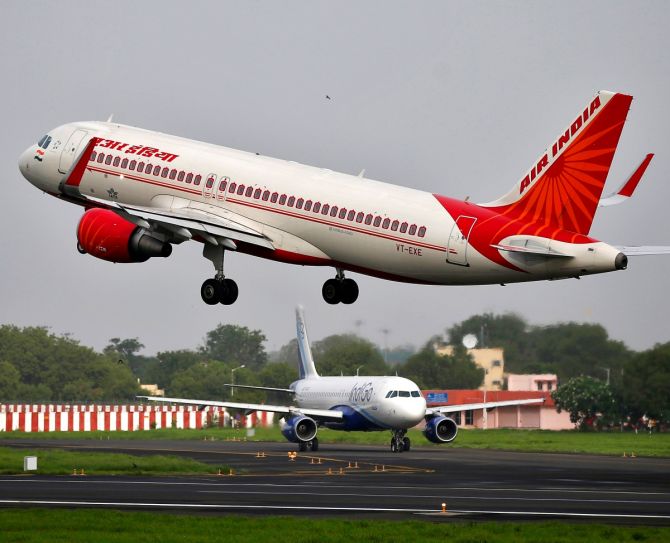 The carrier this month started flights between Hyderabad and Chennai.

Under Wilson, the carrier has stopped flights on eight routes — Delhi-Ranchi, Delhi-Raipur, Delhi-Nagpur, Aizawl-Imphal, Bhopal-Pune, Kolkata-Dibrugarh, Kolkata-Dimapur, and Kolkata-Jaipur — where it was finding it difficult to make profits either due to low demand or intense competition, Air India officials said.

On the Delhi-Nagpur route in June, Air India’s 14 weekly services were competing with IndiGo’s 58 and Go First’s 14.

On the Delhi-Raipur route in the same month, Air India’s 14 weekly flights were pitted against IndiGo’s 62 and Vistara’s 28, according to aviation analytics firm Cirium’s data.

On the Delhi-Ranchi route, Air India was a bit player, its officials said.

Ameya Joshi, aviation analyst and founder of aviation blog “Network Thoughts”, said: “Airline profitability is a sum of profitable routes it operates on.

“It always makes more sense to have a dense presence on metro routes than have a thin presence across multiple routes.”

“An FSC (full-service carrier) primarily will look for metro to metro, which sees frequent fliers and a large volume, rather than develop new markets or hold on to loss-making ones,” Joshi added.

“It is much easier to fill the front cabins on metro-to-metro routes.

“An FSC finds it easier to fill even economy class seats at viable fares on metro-to-metro routes due to high demand,” an Air India official noted.

In an internal document dated October 10, Air India said it had embarked on “network optimisation”, under which it was taking “initiatives to consolidate presence in domestic markets and densify metro-to-metro presence”.

Business Standard has reviewed the document.

Air India did not respond to queries sent by the paper.

The carrier has benefited from the fact that other airlines such as IndiGo, Go First, and SpiceJet have reduced their service on these routes because some of their planes are grounded owing to engine supply delays, maintenance, or financial constraints.

India’s busiest air route is Delhi-Mumbai, on which there are 699 flights a week.

Three carriers — Go First, IndiGo, and SpiceJet — have reduced flights on this route while AirAsia India exited it after June.

However, Air India increased its weekly flights from 98 in June to 136 in November.

Go First, which used to operate 14 services per week on the Hyderabad-Mumbai route in June, quit it in October.

On the other hand, Air India this month doubled its flights there to 28.

IndiGo reduced its service on the Delhi-Bengaluru, Mumbai-Chennai, and Mumbai-Bengaluru routes between June and November.

On Kolkata-Dibrugarh, Kolkata-Dimapur and Kolkata-Jaipur, Air India and the country’s largest airline, IndiGo, were in direct competition in June this year.

IndiGo, being a budget carrier, is able to offer much lower fares than Air India.

Air India and IndiGo used to operate eight and 26 weekly flights, respectively, in June on the Kolkata-Dibrugarh route.

On the Kolkata-Dimapur route, Air India and IndiGo were operating six and 20 flights a week, respectively, in June.

On the Kolkata-Jaipur route, Air India and IndiGo were operating six and 43 services per week, respectively, in June.