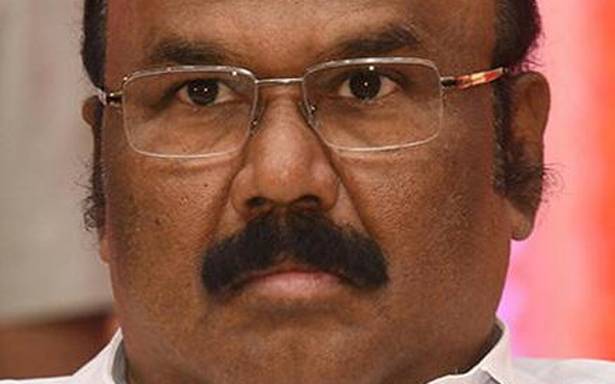 PMK will get RS seat as agreed upon before polls: Minister

The BJP did not invite the AIADMK during the formation of the ministry headed by Prime Minister Narendra Modi as the national party had a majority on its own, Fisheries Minister and senior AIADMK leader D. Jayakumar said on Sunday.

Speaking to reporters after attending an Iftar organised by the DMDK, where DMDK president Vijayakant was present, Mr. Jayakumar said the AIADMK’s position, even earlier, was that the party would hold consultations and only then take a decision on being part of the Central ministry, if it was invited to be a part of the government.

“If they (BJP) had fallen short by, let us say 15 seats or so, and if we were giving support (to the Centre), then your question is right. But they have single (party) majority. Yesterday, they did not call us, they might call us tomorrow, they might call us day after tomorrow. The situation might change in the future,” he said when asked if the AIADMK’s debacle in the Lok Sabha polls had led to the party being ignored.

To another question on internal squabbles within the AIADMK possibly leading to the party being overlooked during the ministry’s formation, he said it was all a figment of imagination.

‘PMK will get seat’

Mr. Jayakumar said the PMK would get its one Rajya Sabha seat as agreed upon before the polls. “The AIADMK has always kept its promises on agreements (signed). You can say the AIADMK is a gentleman when it comes to that. Whatever was agreed upon (with the PMK) will happen,” he said.

06/02/2019 India Comments Off on AIADMK not invited during ministry formation as BJP had majority, says Jayakumar
India