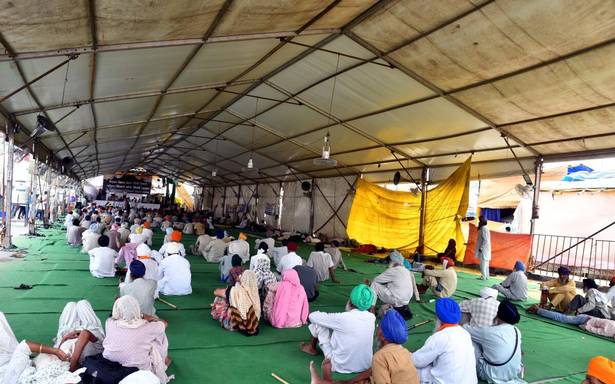 However, the farmers’ unions reiterated their demand for the repeal of the three farm laws, legal guarantee of Minimum Support Price and vowed to continue their fight.

The farmers agitating against the three agricultural laws by holding sit-ins at several borders of Delhi now plan to distribute food packets and other essential items to the hospitals in Delhi.

The farmers’ unions, however, reiterated their demand for the repeal of the three farm laws, legal guarantee of Minimum Support Price and vowed to continue their fight.

Samyukt Kisan Morcha (SKM), a coalition of several hundred farmer unions, said in a press statement that its constituents would work in coordination to help the patients in Delhi hospitals. The packing process to distribute food would commence at Singhu border on Tuesday. Already farmers on the Ghazipur border were distributing food at bus terminals, railways stations and hospitals of Delhi, claimed the SKM, adding that a group on the Tikri border had announced to offer essential services and asked people to contact them in case they were facing difficulty in getting food.

“The citizens of the country are themselves helping each other when the government machinery has collapsed. In Delhi, when people are in bad condition of health, serving each other is an example of fraternity and unity. The vehicles of oxygen or other services have to cross the farmers’ protest site, and volunteers are helping those vehicles to reach the destination. The farmers movement honours human values,” said the statement.

The farmer leaders said they were aware of the health concerns caused by the COVID-19 disease but the “government should not use it as a cover”. Instead of fighting the pandemic, it was trying to suppress the voice of protest in the country. Farmers were fighting for the secure and fair prices of their crops which was legitimate. The leaders charged that the government’s aim may be to suppress the farmers’ agitation to keep the “corporate houses happy”, but the farmers would not withdraw this movement till the three laws are repealed and till they get legal recognition for the MSP.