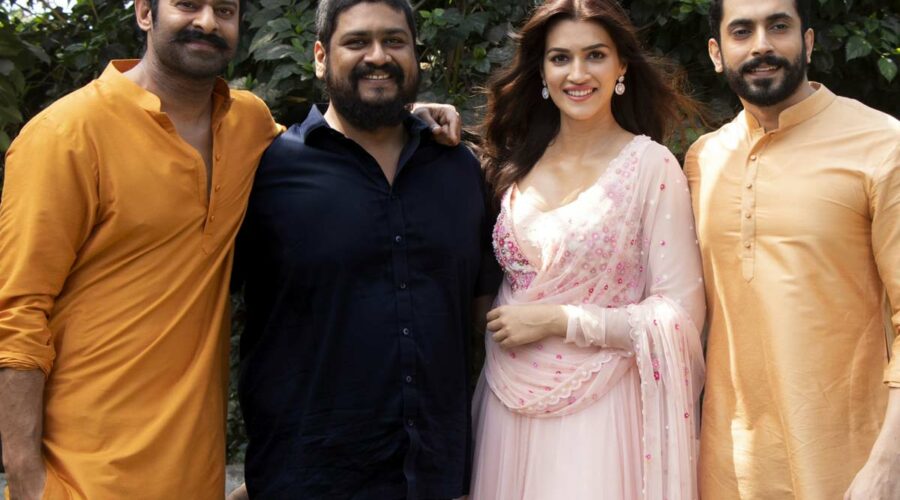 ‘Om Raut’ directorial venture Adipurush starring Young Rebel Star Prabhas has become the talk of town. It is known news that Prabhas will be seen in the role of Lord Rama and everyone is eager to know that who will play the role of goddess Sita. Now  the wait is over. The makers of Adipurush confirmed officially that Kriti Sanon is on the board to play the Sita in Prabhas and Om Raut’ film.

Kriti Sanon also confirmed it by sharing a post on her Twitter handle and  she also shared a pic, in which she is seen with Prabhas and Om Raut.   She joined the sets of Adipurush in Mumbai.

In Adipurush, Bollywood star Saif Ali Khan is playing the Demon King Lankesh. Earlier during an interview, Saif Ali Khan had said, “I am thrilled to be working with Omi dada again.”  The film has started production in  the month of February.