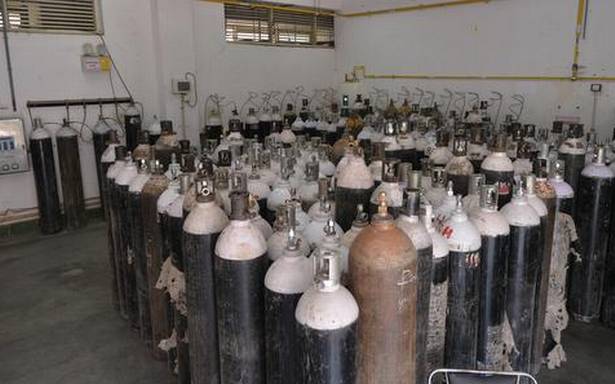 A senior Ministry of Home Affairs official on Monday said there was adequate oxygen supply available in the country, despite the recent spike in demand.

Speaking during the government’s briefing on the COVID-19 situation, MHA Additional Secretary Piyush Goyal said he wanted to “reassure all citizens, that despite the increase in oxygen demand, there is adequate supply of oxygen in the country”. He added that the government was importing oxygen to meet future needs.

The statement comes at a time when hospitals in the country are still facing a shortage of liquid medical oxygen for COVID-19 patients, weeks into the second wave of the pandemic.

Mr. Goyal said the government was working on the transportation of oxygen from production centres to hospitals. He said the Ministry of Road Transport and Highways had developed a real-time tracking system for oxygen tankers. He said States and Union Territories were provided air-lifting facilities for oxygen tankers by the Air Force as many times as they demanded in the past two weeks.

In addition, the government had identified industries and nitrogen plants that could be used to boost oxygen production.

Later during the briefing, All-India Institute of Medical Sciences, Delhi director Dr. Randeep Guleria cautioned against the “misuse” of CT scans and biomarker tests. He said CT scans should not be done for mild cases and added that radiation from one CT scan of the chest was equivalent to 300-400 X-Rays, increasing the radiation risk.

When asked about the shortage of oxygen being reported in many parts, including Delhi, Health Ministry joint secretary Lav Agarwal said there were “challenges in the field”. On the vaccination front, he said 12 States had started the drive for 18-44 year olds from May 1.