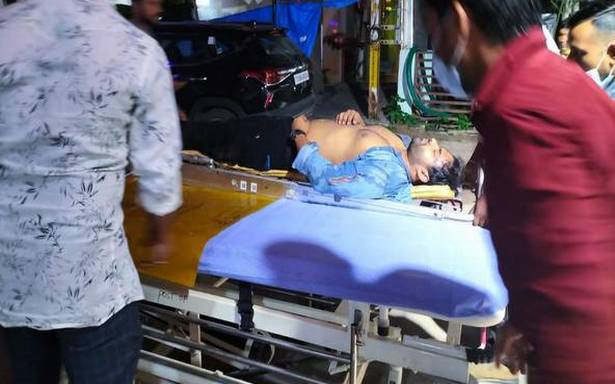 Doctors said that there is no need for any immediate surgical intervention.

Tollywood actor Sai Dharam Tej’s health condition is said to be stable and all major organs are functioning well, Apollo Hospitals said on the morning of September 11.

On the evening of September 10, the actor met with a road accident at Madhapur after his sports bike skidded. He suffered injuries and was soon rushed to Medicover Hospital for immediate medical assistance. From there he was shifted to Apollo Hospitals, Jubilee Hills.

“He will continue to be on assisted respiration in ICU for controlled close monitoring and additional investigation will be performed during the day,” the health bulletin issued by the hospital read.

The next medical update about Mr. Sai Dharam’s health condition will be shared tomorrow.

On the night of September 10, the hospital management said that there were no major injuries to the brain, spine and major organs, based on the preliminary investigations. “He sustained soft tissue injuries and a collar bone fracture,” they said.

They said that there is no need for any immediate surgical intervention.

According to police, the accident took place around 8.30 p.m. near Knowledge City in the IT Corridor when the actor, who is the nephew of Megastar Chiranjeevi, was going towards Gachibowli from Jubilee Hills on his Triumph bike when he lost control and the bike skidded on the road due to sand on the road.

With Friday being a public holiday due to Vinayaka Chavathi there was not much traffic on the usually busy road.

Madhapur police of Cyberabad registered a case under relevant Sections of the Indian Penal Code and launched a probe. They have verified the video footage of surveillance cameras in the area.