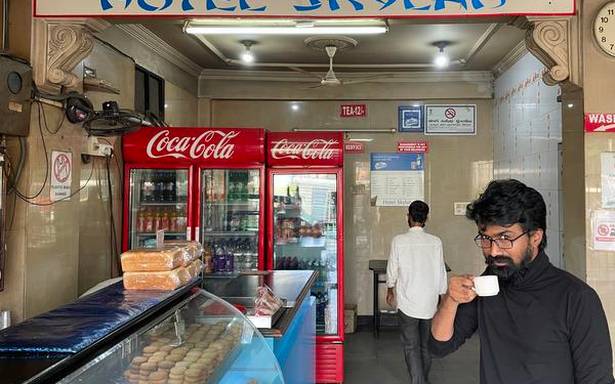 Rahul Ramakrishna has carved a niche for himself with earthy language, quick repartee and expressive face

Actor Rahul Ramakrishna is a bundle of nerves and energy as he awaits the release of his latest movie. “Acting happened. Now I treat it as a 9-5 job where I get up in the morning, go to work and then come back home,” says the actor, who has carved a niche for himself with earthy language, quick repartee and expressive face.

From doing roles as a friend and partner thriving on gags, the actor is now part of the troika in ‘Skylab’, a movie that uses the scare of the American satellite falling on a village in Telangana to show a humane drama.

“The story is funny considering all the incidents that happened in rural Telangana at that time. It is kind of theme of the movie but within it is the comic nature of the entire episode. The drama happening to the guy who wants to set up a clinic, a writer who wants to start a newspaper in town and my role as a person whose sole goal is to clear the debts accumulated by his family,” says Mr. Ramakrishna.

From doing odd jobs, to being a journalist in fly-by-night newspapers to working for an NGO, Ramakrishna has come a long way from Himayatnagar.

“It was while working with an NGO that I experimented with street theatre. I befriended people in the movie industry and I got a break as people thought I have a highly eccentric and social nature. I have a lot more energy,” he says. From 15-17 cups of Irani chai at Red Rose Cafe near Irram Manzil to two cups of coffee, Mr. Ramakrishna says he has mellowed down while sipping at Irani cafe named ‘Skylab’ at Mettuguda.

Like the movie, the restaurant Skylab too, is a relic of the time when people swung from paranoia to humour. “My father built this restaurant at the time of the big scare in 1979. His friend Ramdas suggested the name as it was very popular. It used to be a big place but shrunk due to the Metro,” says Mohammed Asfar, who now runs the restaurant.