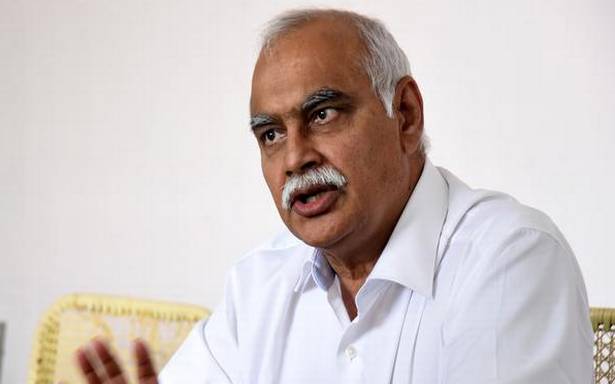 We should have been better prepared for second wave: KIMS MD

Telangana Super Speciality Hospitals Association (TSHA) president B. Bhaskar Rao, who is also managing director of KIMS Hospitals, has observed that unwanted admission of a large number of COVID-19 persons has been denying hospital beds to those who are in dire need.

In addition to the shortage of medical infrastructure, including oxygen supply, there was abuse and misuse of drugs such as Remdesivir which was helping further mutation of the virus, Dr. Bhaskar Rao said speaking to newspersons in a virtual meet on Monday. “We should have been better prepared for the second wave of the pandemic after suffering the worst in the first wave, but unfortunately we did not,” he felt.

Requesting people, particularly the family members and COVID patients themselves to heed to the doctors’ advice on the line of treatment and use of drugs, Dr. Rao said in many cases they (doctors) were under heavy pressure from either the patients or their family members to administer drugs such as Remdesivir, which was not required in the health condition they were in.

Even the hospital beds were being occupied by many of those who were not in need, by using their influence at different levels. Giving the example of KIMS Hospital in the City Dr. Rao said of about 500 COVID patients admitted in the hospital over 200 were not in need of hospitalisation with oxygen facility and they could recover either in home isolation or institutional isolation such as hotels with regular medical supervision.

Such patients were not heeding to the doctors’ recommendation to get discharged from the hospital with a request and some times pressure to allow them to be in-patients further with the argument that they would recover faster in the hospital, Dr. Rao explained.

On the condition of hospitalised COVID patients, the TSHA president said with the mutated variants of the virus the requirement of medical oxygen had gone up by even 10 folds in some cases. “In our hospital, 20,000 litres of oxygen storage would have been lasted 3-4 days or even longer in then normal course but it is being refilled every day now as some patients requiring only 3-4 litres oxygen supplement are requiring 40-50 litres and even 60 litres in some cases this time,” Dr. Rao said.

He suggested the patients and their family members to take doctors into confidence and go for high-end treatment only if the chances of recovery were 90% or more. He also suggested hotels and high-rise apartments to embed oxygen supply infrastructure at the time of construction to face the pandemic like situations in future.