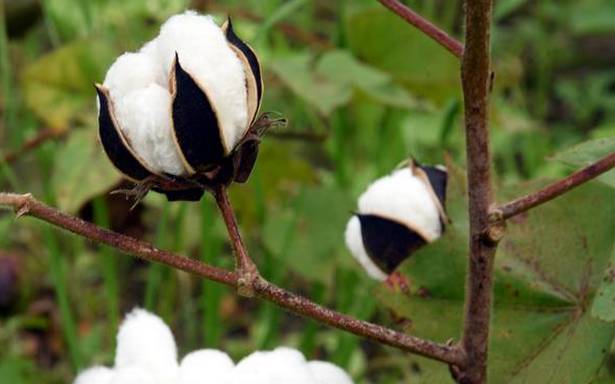 Cotton was grown in 1,81,147 acres in Yadadri-Bhuvanagiri in the Vaanakalam agriculture season, and according to official estimates 1,44,914 metric tonnes of produce is estimated to reach the market.

Already, the 14 Cotton Corporation of India Limited operated centres in the district have commenced procurement, and till date 84,690 quintal cotton has been purchased, District Marketing Officer Md. Aleem informed on Thursday.

Officials said they are following a plan to ensure a smooth procurement.

Farmers with ready harvest have to approach the nearest CCI centre and verify their details using their Aadhar credentials and book a date to bring the produce.

The District Marketing Department has also arranged printed tokens for farmers, to be distributed through Agriculture officials, so that procurement glut is avoided at the ginning mills.

Mr. Aleem also said tenant farmers would be allowed to participate in the procurement and relevant measures were put in place. He said such farmers need to obtain a letter from the agriculture officer concerned certifying their produce.

He also said the sale proceeds were being released to farmers within five days from the date of purchase and so far ₹ 7 crore has been credited to farmers accounts.

Cotton farmers are required to ensure that moisture content in the produce ranges between 8 and 10% to get the government-prescribed minimum support price of ₹ 5,775 per quintal, he added.