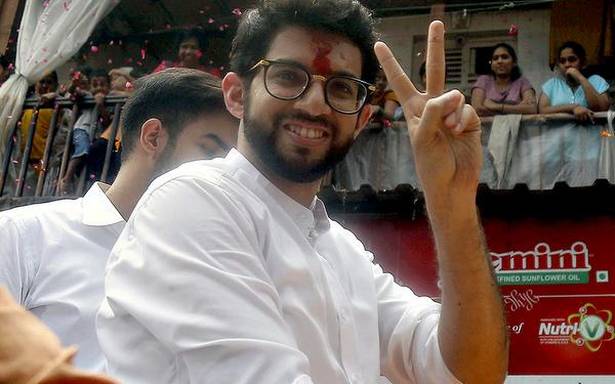 Aaditya Thackeray, Yuva Sena chief and the Shiv Sena’s candidate from the Worli Assembly seat, has written an open letter to the residents of the constituency outlining his vision for the area.

If elected to power, Mr. Thackeray has promised to redevelop slums and chawls, bring tourism to Koliwada, and upgrade mill compounds in the area. In his letter, Mr. Thackeray states that Worli is representative of Maharashtra today.

Soon after the Sena scion announced his candidature, the party’s hoardings sprang up in Worli greeting the residents in multiple languages. A hoarding in Gujarati had particularly raised eyebrows. Mr. Thackeray’s letter starts with greetings in Hindi, English, French and Urdu. He states that the residents will get to hear these greetings in the coming years as Worli will welcome the world with a sense of pride and satisfaction. The letter refers to Worli’s cosmopolitan nature and its status as the most sought-after residential area in the city.

The letter mentions that a team of urban planners is already charting “a path for Worli, to make it A+.” Yuva Sena functionary Rahul Kanal said, “We are taking the opinion of a few urban planners who have the expertise of working on the city’s Development Plan. When we say we want to promote tourism, it could be in the form of floating markets or a guided tour of Koliwada and Worli fort. We could also provide home-cooked meals to tourists to give them a taste of authentic Koli food.”

Among areas that need improvement, Mr. Thackeray has mentioned traffic snarls, redevelopment of slums and BDD chawls, lack of open spaces and accessible sports infrastructure, and the poor state of pedestrian pathways. However, the letter makes no mention of the cutting of trees in Aarey colony to make way for the Metro 3 car shed.

On how the Sena plans to ease traffic snarls in Worli, a Sena leader said, “We are pushing for decongesting the city roads by implementing the Brihanmumbai Municipal Corporation’s traffic rules. Another important matter for Aaditya is the redevelopment of BDD chawls, which has been stalled for a long time. He wants to bring all stakeholders on board to take this project forward.”

Though the Sena has projected Mr. Thackeray as the next chief minister, he was not available for comment on the issue.