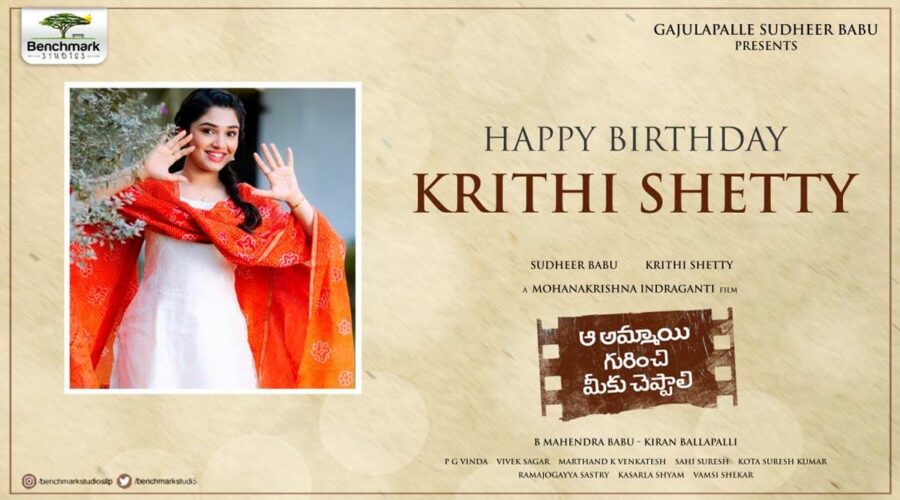 Sudheer Babu and Uppena girl Krithi Shetty are currently working together for a film which is helmed by  Mohana Krishna Indraganti. As it is his 14th film, Sudheer Babu promised his fans for a hattrick as the actor and director duo are getting together for the third time after the romantic entertainer  Sammohanam  and the action thriller V. Bankrolled by Benchmark Studios, the upcoming film Aa Ammayi Gurinchi Meeku Cheppali was officially launched in the first week of January. While PG Vinda has been roped in to handle the cinematography department, Vivek Sagar will be rendering the tune and Marthand K Venkatesh will be editing this romantic drama. Today on the occasion of Krithi Shetty’ birthday, the team of Aa Ammayi Gurinchi Meeku Cheppali sent the birthday wishes to the actress by sharing a poster on twitter account.

The sources close to the team of Aa Ammayi Gurinchi Meeku Cheppali revealed that  Uppena girl Krithi Shetty will be seen speaking Telangana accent in this film.

On the otherside, Krithi Shetty is waiting for the release of Shyam Singha Roy which has Nani in the lead role.