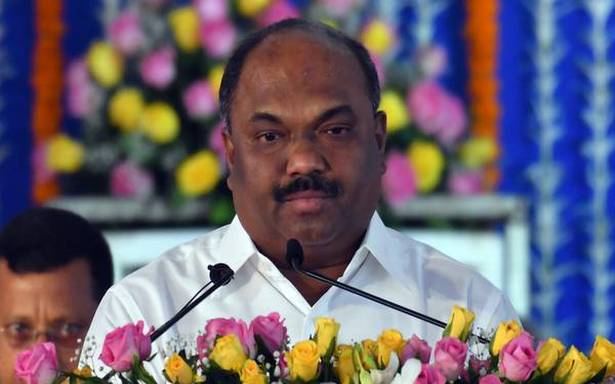 In the MSRTC’s Mumbai region, 14 of the 45 depots were operational on Monday, while in the Pune region, eight of the 55 depots were functioning, an official said.

Bus operations at 223 depots of the Maharashtra State Road Transport Corporation (MSRTC) were shut on Monday morning due to the strike of employees over the demand for merger of the corporation with the State government, officials said.

On Sunday, 120 depots were shut across Maharashtra, but the number increased to 223 since midnight, including some depots in the Mumbai region, they said.

Before Sunday, around 30 depots were affected because of the stir.

A section of the MSRTC employees is not reporting for duty since October 28 seeking merger of the cash-strapped corporation with the State government, according to union sources.

In the MSRTC’s Mumbai region, 14 of the 45 depots were operational on Monday, while in the Pune region, eight of the 55 depots were functioning, an official said.

With the Deepavali festivities just concluding, lakhs of passengers were now facing hardships and they were dependent on private buses for travelling to their destinations after the holidays.

According to MSRTC officials, the Bombay High Court is scheduled to hear a petition of the corporation on Monday. During the earlier hearings, the HC had directed the corporation’s employees to refrain from going on strike.

An action committee of the labour union had given an indefinite hunger strike call on October 27 for the demand of merger of the Dearness Allowance (DA) with the basic pay, hike in house rent allowance and other salary related demands.

On October 28, in a meeting with State Transport Minister Anil Parab, who is also chairman of MSRTC on October 28, the demands of house rent allowance and dearness allowance were met and the action committee called off its agitation.

However, a section of the employees, mainly from Marathwada and Vidarbha regions did not return to work despite the appeals by Mr. Parab and the action committee.

They have been firm on their demand for the merger of the loss-making MSRTC with the State government.

Mr. Parab last week said a discussion on the demand for merger of the MSRTC with the State government and other issues related to the corporation will take place after Deepavali.

The MSRTC is one of the biggest State transport corporations in the country with a fleet of more than 16,000 buses and around 93,000 employees, including drivers and conductors. The corporation used to ferry over 65 lakh passengers every day before the coronavirus outbreak last year.