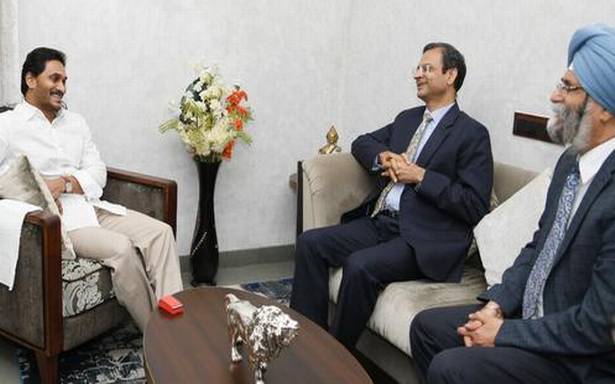 ‘They are geared up to benefit from RDSS’

Chairman and Managing Director of Power Finance Corporation (PFC) Limited R.S. Dhillon and his counterpart in the Rural Electrification Corporation (REC) Sanjay Malhotra had an interaction with Chief Minister Y.S. Jagan Mohan Reddy at his camp office on Wednesday after meeting Chief Secretary Sameer Sharma, Energy Secretary N. Srikant and other senior officials of the power utilities earlier in the day.

Briefing the media about the deliberations, Mr. Malhotra said the focus of their visit was on the reforms-based and results-linked Revamped Distribution Sector Scheme (RDSS), and that the State government had prepared an action plan for it.

He said they had a discussion on liquidity infusion and that the A.P. Discoms were doing well and geared up to benefit from the RDSS.

Mr. Malhotra said they were visiting the States to motivate them to adopt RDSS and other schemes, which were aimed at improving the power sector efficiencies, and that they had good discussions in this regard with the Chief Minister and the officials concerned.