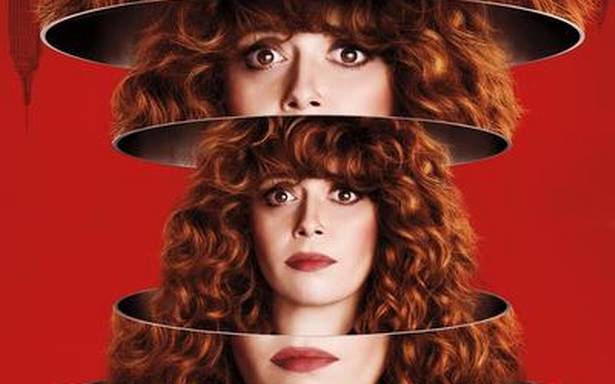 A common complaint I hear from friends and colleagues these days — and I caught myself sliding right into it the other day — is that the years 2020 and 2021 have blended into each other in one pandemic mega-year. It is, after all, difficult to keep track of time when you’re stuck in quarantine, or undergoing a prolonged lockdown, or worrying yourself sick over a loved one’s health. No wonder then that both Indian and international creators have recently released a number of TV shows and films that feature ‘time loops’ prominently. Characters are stuck living the same day over and over again, a situation that ironically ends up giving them clarity about what they want out of life.

Also read | Get ‘First Day First Show’, our weekly newsletter from the world of cinema, in your inbox. You can subscribe for free here

For Hollywood, this process had begun in real earnest in 2018 and 2019, after two major releases involving time loops. In 2018, the

Netflix interactive special Black Mirror: Bandersnatch gave viewers the ability to create their own adventures out of a time loop story. And in 2019, Natasha Lyonne wrote, produced and starred in the masterful time loop series Russian Doll, a darkly comic, philosophically ambitious show that stands head and shoulders above the rest of this genre. The trend continued in 2020, with the Andy Samberg-Cristin Milioti starrer Palm Springs, a Hulu movie that blended the time loop trope with some very enjoyable romcom trappings.

2021 saw this trend being consolidated and applied across genres: another Hulu film, the action-thriller Boss Level (starring B-movie legend Frank Grillo alongside heavyweights Mel Gibson, Michelle Yeoh and Naomi Watts) was about a Special Forces soldier trying to stop a time loop that inevitably ends with his death. Amazon Prime Video released The Map of Tiny Perfect Things in February 2021. Based on a short story by journalist and writer Lev Grossman, this was a sweet, good-hearted teenage love story about two youngsters who discover that they’ve both been reliving the same time loop.

In April, Netflix released Travon Free’s poignant short film Two Distant Strangers globally; here, the experiences of Black Americans with law enforcement are alluded to through the eyes of the protagonist, a Black man whose time loop keeps ending with him being shot by the cops — once because a cop feels his joint-smoking is dangerous, another time because the cops burst into his house after reading an address sign wrong (reminiscent of the March 2020 killing of Breonna Taylor), and so on.

Closer home too, there have been several films in recent months utilising this idea. In Lijo Jose Pellissery’s Malayalam-language Churuli, there is a very clever use of this device in the second half, although I can’t spell it out here without spoiling the climax. Suffice it to say that as is Pellissery’s style, the innovation fits the theme of the screenplay; it’s not mere gimmickry. In Mano Karthikeyan’s Tamil-language film Jango, released last month, a neurosurgeon (Satheesh Kumar) is stuck living the same day repeatedly and within the confines of that day, he tries to save his wife from a mysterious assassin.

Also released last month, Venkat Prabhu’s Maanaadu has been praised for its intelligent usage of the time loop device. Here, a Coimbatore police officer (S.J. Suryah) and an NRI (Silambarasan) who is in town to help his friend elope realise that they are both trapped into living the same day, a day where the Chief Minister is assassinated at his own conference.

Repetition, eternal recurrence, déjà vu: what do these characters learn from the experience? Well, a lot of them seem to realise which parts of their lives are… extraneous, let us say. It allows them to focus on that which is most important: life itself, their one true love (like in Palm Springs or The Map of Tiny Perfect Things), or a cause bigger than them (Maanaadu, Churuli). In this way, they end up living more in ‘a day’ than they had in their entire previous un-looped lives.

The writer is an author and journalist working on his first book of non-fiction.