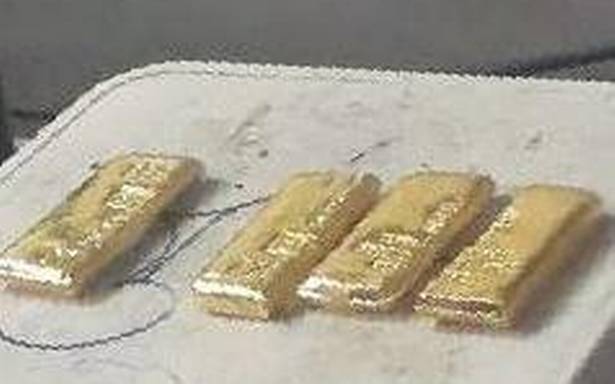 It was concealed inside a cigarette packet

Four gold bars worth ₹30 lakh were recovered from a washroom inside the Delhi airport, a CISF official said on Monday.

CISF PRO Hemendra Singh said at 6 a.m., they received information that a packet was lying inside a dustbin of a washroom located at deboarding gate area of Terminal-3 of Indira Gandhi International (IGI) Airport.

On opening the packet, four gold bars weighing about 1 kg, was found concealed inside a cigarette packet. The bars were then handed over to the customs authorities for further legal action, said the CISF officer.

He said the gold bars must be brought by some passenger but sensing trouble at the hands of security and the customs, the person abandoned it and escaped.

He said the agencies are scanning the CCTV recordings of the area to identify the person.