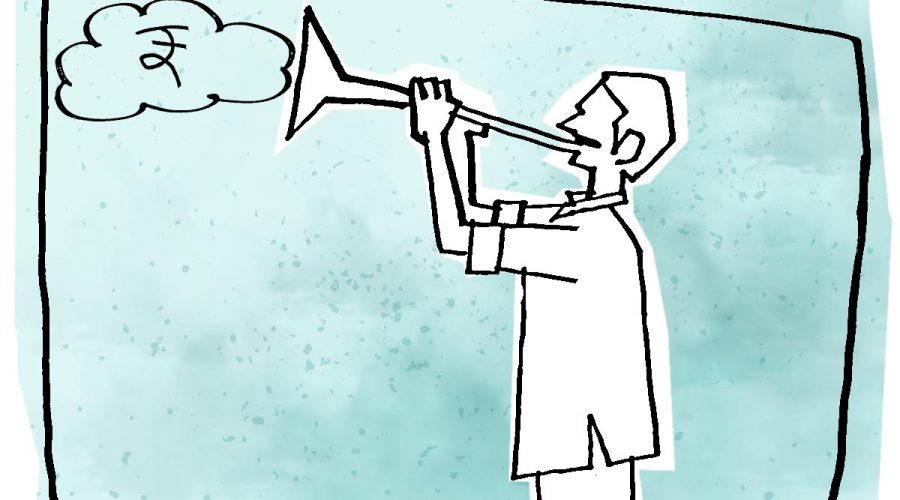 Telcos will push to raise their average revenue per user (ARPU) by 25 per cent over the next 6-12 months. This will be critical to sustain a healthy and sustainable return on capital employed (RoCE) of 10 per cent, amid rising liabilities from adjusted gross revenue (AGR) dues.

We expect average monthly ARPUs to reach Rs 175-180 in FY22 from around Rs 140 in the first half of FY21. Of course, this will depend on the competitive intensity, and the ARPU growth will lead to a non-linear increase in profitability, due to the high operating leverage of the telecom business.

This will lead to necessary cash flow support and, along with moderating capex, will help improve the financial leverage in FY22, compared with its current high level of debt-to-Ebitda ratio of more than 4 times in FY21.

This predicates telcos’ prudence in the recent spectrum auction and minimal capex towards 5G roll-out in next 1-1.5 years.

We expect credit profiles in the telecom sector to be stable in FY22, supported by tariff hikes, moderate capex and equity raising by players.

The sector is expected to sustain a healthy growth of 9-11 per cent in FY22, with the bounce-back in domestic formulation sales and continued healthy exports.

The domestic formulations market, which accounts for nearly half of the industry revenue, is expected to register almost double the estimated growth of 5-6 per cent in FY21. The current fiscal witnessed lower prescription-based sales and elective surgeries amid the pandemic and nationwide lockdown.

Exports growth is expected to remain steady at 10 per cent in FY22 across the regulated markets (the US and Europe), Rest of the World (RoW) and bulk drugs.

Growth in the regulated market, which accounts for half of industry exports, will be supported by a steady increase in new product launches from compliant plants, lower pricing pressure in generics, and low scrutiny by the United States Food and Drug Administration (US FDA). Also, bulk-drug exports will further benefit from the moves worldwide to reduce the dependence on China.

On the profitability front, rationalisation of research-and-development (R&D) and marketing expenses and lower remediation costs (given the easing regulatory scrutiny) are expected to sustain the players’ operating margin at about 20 per cent in the next few fiscals.

Overall, the credit profiles of players will be supported by healthy balance sheets and liquidity. Prudence in capital and development expenditure, efficient working-capital management, and recent equity raising will help sustain credit metrics in FY22.

Automotive: Credit outlook to be ‘stable’

The automotive sector is poised for a double-digit recovery in fiscal 2022, after two consecutive years of volume de-growth.

The expected improvement in consumer sentiment and a pick-up in economic activity will augur well, while uninterrupted production, new model launches and better availability of finance will support supply-side drivers.

However, the extent of revival will vary across segments. Commercial vehicles (CV) are likely to witness a steep increase of 27-32 per cent in sales for FY22, as against a decline of 26 per cent expected for FY21. Growth in passenger vehicle (PV) and two-wheeler (2W) segments is likely to be 12-17 per cent and 8-13 per cent, respectively.

That said the growth in FY22 will be on a lower base of FY21, and vehicle sales volumes across segments will still remain below the FY18 and FY19 levels. Higher volumes will lead to better coverage of fixed costs, aiding an improvement in the operating margin in FY22.

Further, original equipment manufacturers (OEMs) have also taken several cost-austerity measures amid the pandemic, and the benefits of these measures are expected to largely support profitability. While OEMs will continue to invest in R&D and new launches, new capacity addition will be moderate, given the limited headroom in existing capacities.

For CV OEMs, credit metrics should see a sharp improvement in FY22, after being impacted by steep revenue decline and weak profitability in FY21.