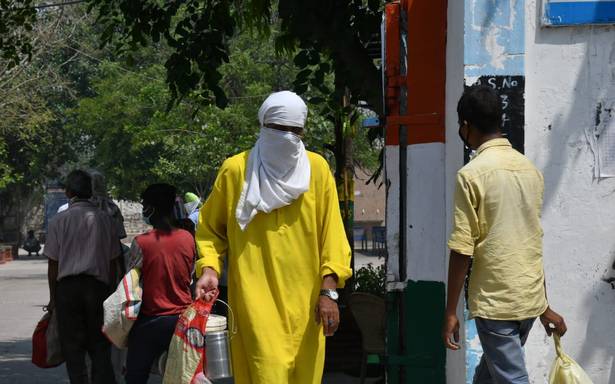 Monsoon rainfall was 9% above normal

The year that went by was the eighth hottest on record since 1901, the India Meteorological Department (IMD) said in its State of the Climate Report on Monday. The annual mean land surface air temperature averaged over India during 2020 was nearly 0.3 degree Celsius above normal but was substantially lower than the highest warming observed over India during 2016 (+0.710C).

2020’s monsoon rainfall was 9% above its seasonal normal.

Bihar & Uttar Pradesh were the most adversely affected States by natural disasters during the year which claimed more than 350 deaths from each State mainly due to thunderstorm, lightning and cold waves.

Heavy rainfall and flood related incidents reportedly claimed over 600 lives from different parts of the country during pre-monsoon, monsoon and the post-monsoon seasons. Of these, 129 deaths were in Assam, 72 from Kerala , 61 from Telangana, 54 lives from Bihar, 50 from Maharashtra, 48 Uttar Pradesh, & 38 from Himachal Pradesh.

Thunderstorms and lightning reportedly claimed 815 lives from different parts of the country. Among these, 280 from Bihar, 220 from Uttar Pradesh, 122 from Jharkhand, 72 from Madhya Pradesh, 23 from Maharashtra and 20 from Andhra Pradesh were “significant”,” the IMD report added.