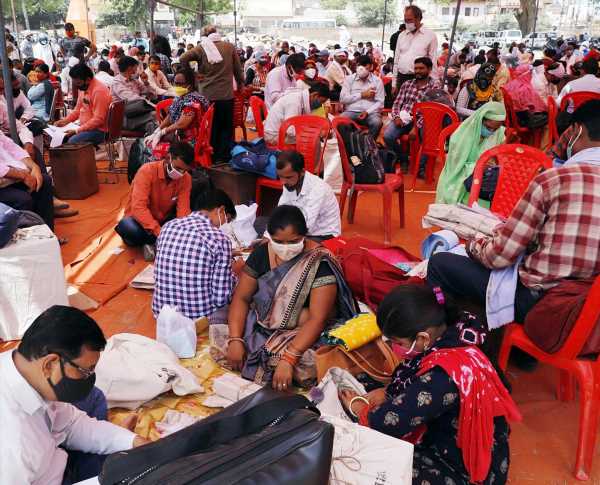 ‘Basic Covid protocols were not followed, which is why so many teachers lost their lives.’ 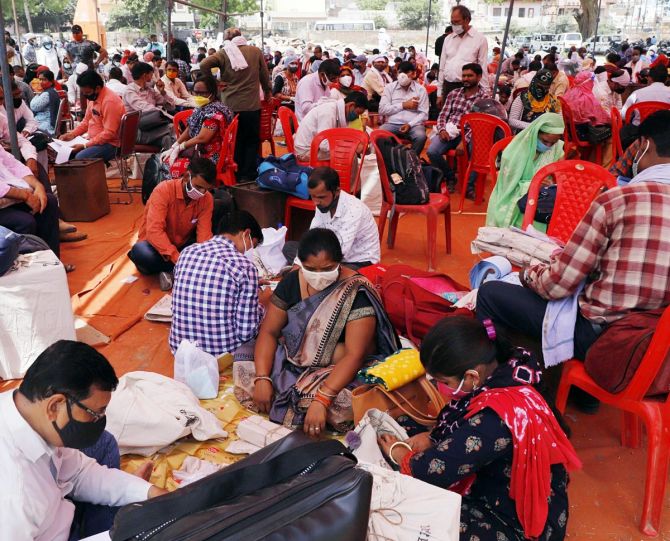 The panchayat election in Uttar Pradesh was a massive operation. Not only did it cover 52,000 village panchayats, 61,000 block members, 821 blockheads, 3,000 Zilla panchayats members and 75 Zilla panchayat chiefs but it was held for 850,000 posts.

The voter base of 105 million people is the largest in the country.

Unfortunately, the elections held when the COVID-19 pandemic was surging through UP resulted in the death of 1,612 teachers.

Dinesh Chand Sharma is president of the Uttar Pradesh Prathamik Shiksha Sangh. The UPPSS, a primary teacher’s union, opposed the holding of panchayat elections during this period and when its vouce went unheeded, Sharma spearheaded a campaign to ensure that those teachers who died receive proper compensation.

“Our school teachers are not getting the respect they deserve nor does the state government have a sympathetic attitude towards them,” Sharma tells Rediff.com Senior Contributor Rashme Sehgal.

In retrospect, why was the state government so keen to go through with the panchayat elections given that Uttar Pradesh was in the middle of the pandemic?

The UP government had talked about postponing the panchayat elections that were scheduled to be held in December 2020.

But the Allahabad high court in mid-February ordered the Uttar Pradesh Election Commission to ensure holding of the village panchayat elections by April 30.

A PIL was filed in early April asking for a postponement given the Covid situation, but the court dismissed the PIL.

I wrote to the state government on April 12, asking it to postpone the panchayat elections.

I wrote to the government again on April 22, April 28 and April 29, but they did not bother to reply to any of my letters. 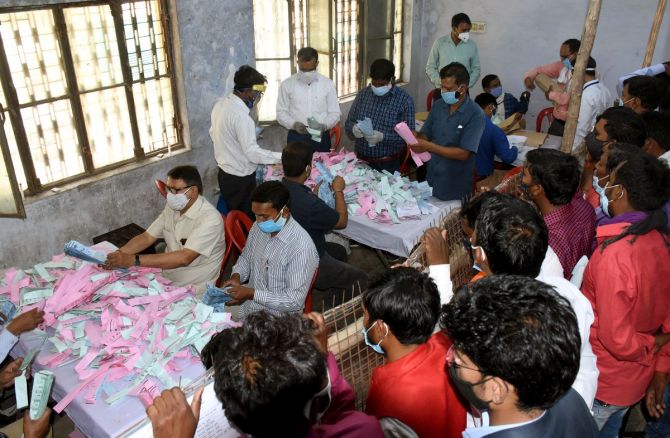 No answer to any of your letters? Your warnings went unheeded?

On April 12 we (along with other techers unions) wrote to them that the training is given to teachers on how to conduct elections was being given at a time when COVID-19 cases were rising and this could have a harmful effect on the teachers.

Our letter elicited no reply. And by April 22, 100 teachers had died. But still, there was no reply from the authorities.

On April 28, we wrote another letter stating that over 706 teachers had died, but still there was no reply.

Then we sent a letter on May 1, stating that they should postpone the counting scheduled to be held on May 2, but the Allahabad high court gave a ruling that counting should be allowed.

The situation only continued to worsen. Counting of votes took place and on May 16 we sent them yet another letter informing them that 1,621 teachers had died so far in this entire process.

I must point out that we did not get a single response for any of our letters. 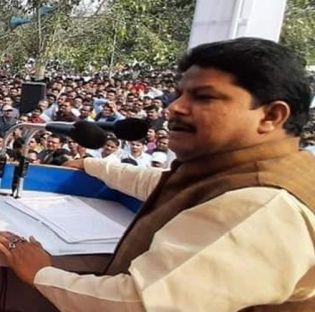 But it seems difficult to understand why basic Covid norms such as the use of masks and following social distancing were not followed during this entire election process.
Surely, the state government should have deployed a sizeable police force to ensure that all Covid norms were not flouted.

These questions should be directed towards the state government.

The state government went ahead and held the elections at the wrong time.

Basic Covid protocols were not followed, which is why so many teachers lost their lives.

It is for this reason that we demanded the state government give Rs one crore as compensation to each family of the deceased.

We raised our voices and forced the government to go on the backfoot forcing them to issue an order whereby Rs 30 lakh (Rs 3 million) would be given to each teacher who had passed away.

A UP minister stated that only three teachers had lost their lives in the pandemic. How did he arrive at this figure?

You need to direct that question at him.

Are you satisfied with the compensation the deceased teachers’ families have received?

We had asked for much more and will continue to press our demands.

Those who were regular employees will have one of their dependents get a job. But in the case of temporary appointees, this will not be the case. 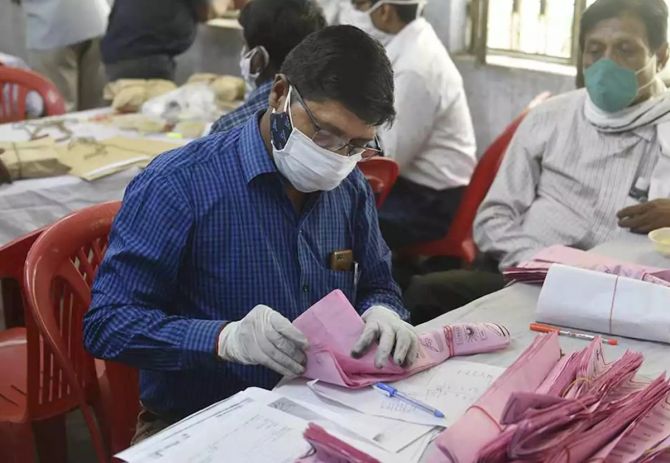 Does the state government have a sympathetic attitude towards teachers who are having to take up jobs in villages? Are they getting the respect they deserve?

No. Our school teachers are not getting the respect they deserve nor does the state government have a sympathetic attitude towards them.

Let me tell you that being a government teacher is an extremely challenging job.

Teachers teaching in schools need to have BA and BEd degrees whereas those teaching in the 11th and 12th classes require only a post-graduate degree.

They also have to clear a tough competitive exam, but what is the work that the government expects them to do?

They are sent to ration shops to see that ration is being dispensed off properly.

They are made to man Covid control rooms where they have to enquire about the health of people.

They have to prepare voters lists for panchayat elections, assembly and parliamentary elections, conduct the census and do a host of other activities.

They are like a multi-purpose employee who is left with little time for teaching, and then the government says that the standard of education is sub-standard.

If they are left with no time to teach, then how can they impart education?

The well-to-do have put their children in private schools where we find their parents helping them with the homework or else they hire tutors for them.

Children studying in government schools have to go back home and help their parents with farming and other activities.

The priority of their parents is to make ends meet and the kids have to help them with this.

How long have you been president of the UPPSS? What are the other issues you have been raising with the government?

I have been president since 2015, but I am associated with several other organisations also.

We are raising the issue of pension to be paid to retired pensioners.

Under the old pension scheme, the minimum pension amount was pegged at 50% of the last salary drawn or ₹9,000 per month whichever was higher, but this is not the case with the National Pension Scheme which was introduced in UP on April 1, 2005, and where the worker’s money is invested in the stock market.

Under the old pension scheme, the employees would get assured interest from the government for their accumulating pension fund.

But under the NPS, the workers’ pension would be decided by accruals from the share market.

There are around ten lakh (1 million) pensioners in UP though the issue we are fighting is an all India issue since this is an issue affecting all government employees.