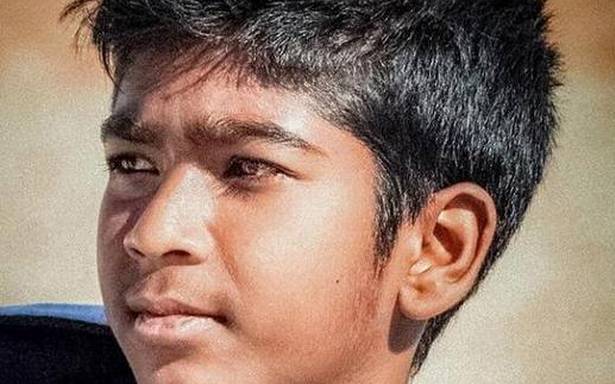 Four days after suffering 50% burns, 14-year-old Nikhil breathed his last early on Monday. Nikhil, a resident of Mathikere, came dangerously close to a high tension wire at Mathikere on Thursday.

Since February this year, six people, including Nikhil, have died after coming in contact with live wires. Of these victims, four were children.

Bengaluru Mayor Gangambike Mallikarjun visited the family and offered condolences. She has also announced a compensation of ₹5 lakh to the bereaved family. The family has been assures that all medical expenses incurred will be taken care of.

Local councillor Jayaprakash M.C. told the The Hindu that soon after the incident, engineers of the Bruhat Bengaluru Mahanagara Palike (BBMP) had undertaken an inspection of the area to identify buildings that were too close to the high tension wire.

“The high tension wire was drawn decades ago by the erstwhile Karnataka Electricity Board (KEB), which had the responsibility of both transmission and distribution of power then. Most houses in the locality — which was earlier an agricultural belt — are at least 20 years old and have no building plan approval,” he said.

He also claimed that the Karnataka Power Transmission Company Ltd. (KPTCL) had been issuing notices to the owners of these houses.

KPTCL’s chief engineer Mallikarjun Reddy confirmed that the transmission company had issued notices to a few houses that were dangerously close to the high tension wire in 2016. However, he refused to comment on action initiated by KPTCL after the notices were issued.

The Mayor said she had apprised Bengaluru Development Minister G. Parameshwara of the incident and had urged him to convene a meeting with the BBMP, Bangalore Electricity Supply Company (Bescom) and KPTCL. “It is not just Mathikere… there are many properties in the city that have been constructed without any sanction from the palike that are close to high tension wires. We need to discuss the issue in detail before taking any decision, as most of the properties are owned by citizens belonging to the middle class and lower middle class,” she said.

Meanwhile, the police have been directed to conduct a detailed probe on the incident to ascertain if there was any negligence on the part of the electrical transmission company or any other department that led to the incident. Terming the incident as unfortunate, N. Shashikumar, Deputy Commissioner of Police (North division), said the police have inspected the area and sought an independent report from an electrical inspector.