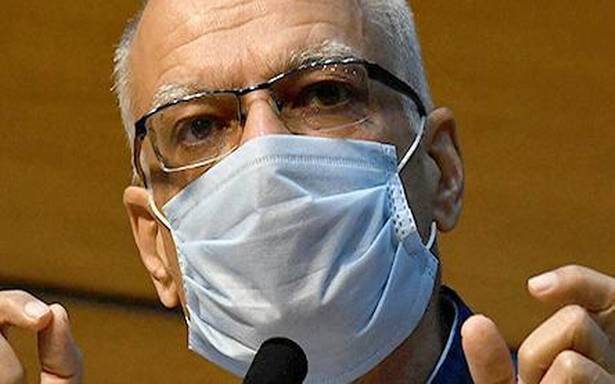 As many as 14 companies, against whom retrospective tax demands were raised, have approached the government to settle cases, Revenue Secretary Tarun Bajaj said.

Talking to PTI, Mr. Bajaj said of the 17 companies against whom retrospective tax demand was raised, barring three or four entities, all had given an undertaking to the government to resolve the cases.

“The remaining 14, barring 1 odd, who still has time to file, the remaining has filed… Cairn, Earlyguard have come [for settlement],” he said.

On October 1, the Finance Ministry had notified rules which prescribed that companies will have to withdraw any pending litigation or proceeding before any forum against the levy of the retrospective tax and also give an assurance that they won’t pursue any further claims in the future.

In addition, the companies and any other interested party were required to furnish an indemnity bond committing not to seek damage from the Indian government or its affiliates.

Later on October 13, the Ministry notified a fresh set of rules to facilitate settlement of the retrospective tax dispute with British telecom giant Vodafone Plc.

The ‘Relaxation of Validation (Section 119 of the Finance Act, 2012) Rules, 2021’, prescribed the forms and conditions for the declaration to be filed by the company for settling its case.

Vodafone had 45 days to approach the government for a settlement.

The case pertaining to Vodafone is different as taxes were sought from the company by validating an October 2010 order of the I-T department that sought ₹11,218 crore in taxes from the British firm over its 2007 acquisition of Hutch-Essar through a deal in the Cayman Islands.

The Supreme Court had in January 2012 quashed the tax demand but the same was sought to be revalidated through Section 119 in the Finance Act, 2012. A penalty of ₹7,900 crore was also sought from Vodafone.

Asked how soon the disputes would be resolved, Mr. Bajaj said "Cairn is working on it… now the ball is in their court. As soon as they take the cases back, we will give them the cheque. In those cases where there is no money to be refunded, settlement there would be faster." The Taxation Laws (Amendment) Bill, 2021, enacted in August scraps the tax rule that gave the tax department power to go 50 years back and slap capital gains levies wherever ownership had changed hands overseas but business assets were in India.

The 2012 legislation was used to levy a cumulative of ₹1.10 lakh crore of tax on 17 entities, including Vodafone, but substantial punitive action was taken only in the case of Cairn.