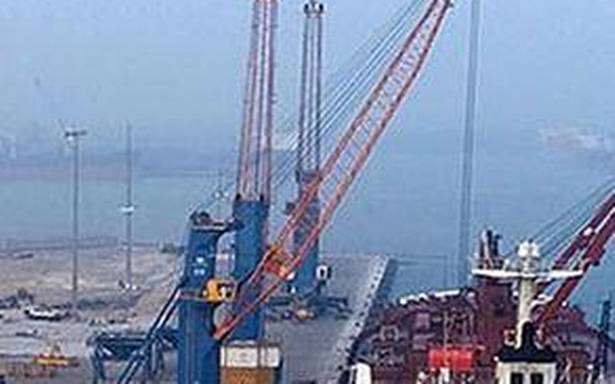 Fourteen crew members of a cargo ship, which was to transport coal from Paradip Port, have tested positive for coronavirus. The port authorities said the members of the ship have not had any interaction with the local population.

The ship A.P. Kayas had originated from Tuticorin Port and was scheduled to load coal at Paradip Port.

Doctors came across COVID-19 symptoms among crew. “Of the 28 members, 14 were found to be infected with coronavirus. They were shifted to Bhubaneswar for treatment and quarantined. The rest of the crew were isolated in the ship,” said Rajendra Panigrahi, a port doctor.

Dr. Panigrahi said the ship had been sanitised twice and it would be allowed to load coal after 14 days of self-quarantine by the ship employees.

Odisha has reported 208 new COVID-19 cases and one death on Monday. Western Odisha district of Nuapada reported the highest number of 36 cases followed by Khordha with 33. The government on Sunday sealed a coaching institute in Bhubaneswar after 20 students tested positive.

At least five major institutes have so far reported infections during the past 15 days. School and Mass Education Minister Sameer Dash, however, ruled out shutting down government schools where students of Class X and IX are attending physical classes. He said since there was no report of any infection from State-run schools, the classes would continue.