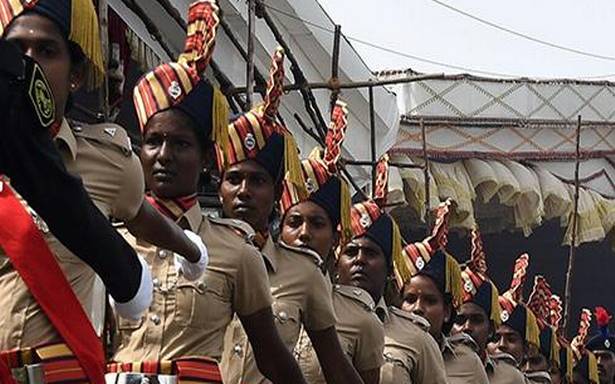 Five-tier security will be put in place around Fort St. George

The city police have made elaborate security arrangements from Wednesday evening in view of the Independence Day celebrations on Thursday and announced traffic diversions on Kamarajar Salai and surrounding areas.

Chief Minister Edappadi K. Palaniswami will hoist the national flag on the ramparts of Fort St. George and address the gathering. In view of this, five-tier security will be provided around the fort and high-resolution CCTV devices will be installed. The entire area will be under surveillance.

As per instructions of Police Commissioner A.K. Viswanathan, 12,000 police personnel will be deployed for bandobust duty.

The city police announced modification in the traffic routes from 6 a.m. on Thursday till the function’s conclusion.

Vehicles with blue and pink passes will take the route either via Flag Staff Road and Wallajah Gate or via Muthusamy Bridge, Muthusamy Road, NFS Road, Parry’s Corner and RBI subway to reach Secretariat exit gate out for disembarkation. Those vehicles will be parked on the PWD parking lot (opposite to Secretariat).