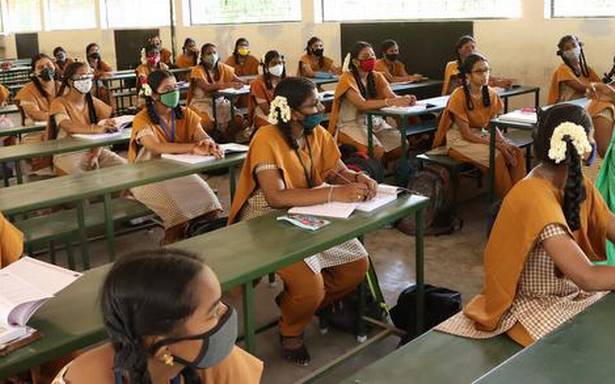 The Tamil Nadu government has commenced preliminary works to grant administrative sanction to clear all pending works towards distributing over 11.72 lakh laptops to school students across the State, School Education Minister Anbil Mahesh Poyyamozhi said in the Legislative Assembly on Monday.

In his reply to a special call attention motion moved by CPI (M) legislator V.P. Nagaimaali (Kilvelur), Mr. Poyyamozhi said laptops have not been distributed to a total of 4,97,028 students, who were in Class XI during 2020-21.

Mr. Nagaimaali pointed out that Class XII students enroled during the 2017-18 academic year have not been given free laptops by the Tamil Nadu government so far.

Mr. Poyyamozhi explained that a Government Order issued on November 1, 2019 allowed distribution of laptops only to Class XII students enroled during 2017-18 and 2018-19 academic years, who eventually pursued higher education.

“Based on this, laptops have been distributed to Class XII students in Chennai, Coimbatore, Erode, Kancheepuram, Madurai, Perambalur, Salem and Theni districts. As for other districts, administrative sanction has been accorded on February 18, 2021 to distribute laptops to students on producing bonafide certificate from institutions where these students are pursuing higher education,” the Minister said.