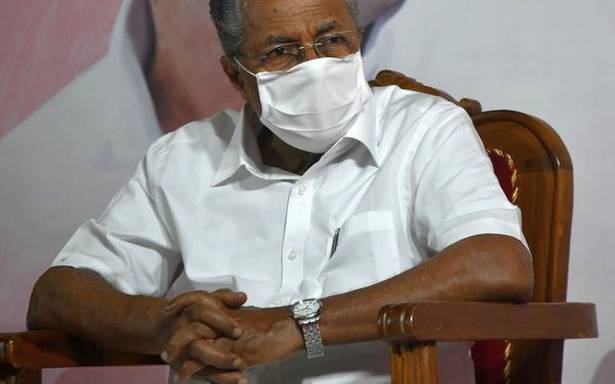 Chief Minister Pinarayi Vijayan would make the official announcement in this regard.

A total of 10,000 State government offices and public sector undertakings in Kerala will be declared "green" on January 26, the Republic Day.

Chief Minister Pinarayi Vijayan would make the official announcement in this regard at a virtual function, which would be chaired by LSGD minister A.C. Moideen on the day.

After the declaration, functions would be held in various offices across the State in which the certificate for the compliance of the green protocol would be submitted to its heads by the chairpersons of the local self-government institutions or jointly by the ward member/councillor and a member of the green action force, an official statement said here.

Those offices, which avoid using plastic and disposable items in day-to-day activities and encourage the use of articles that can be reused and recycled, would get the green tag.

The institutions are going green by meeting criteria of the Green Protocol Verification Index, it said.

Haritha Keralam Mission, a programme envisaged by the state government to make the state clean, protect its water sources and soil, is the implementing agency of the ambitious initiative.

The audit committees at the local self government institutions, constituted by the Mission as per the government directive, were making necessary inspections to ensure whether the respective offices were adhering to the green protocol, it said.

Mission executive vice chairperson, T.N. Seema said as per the standards of compliance of the green protocol norms, the government offices in the State would be classified into three categories — A, B and C.

Such offices would display instructions for employees and visitors to be followed under the protocol.

“The offices are adopting the green protocol mainly by stopping the usage of all types of disposable materials made of plastic and thermocol and minimising the amount of waste generated and treating the bio and non-organic waste separately and scientifically,” she said.

The ‘green office’ would strictly adhere to the ban on plastic and disposable articles, removal of unused furniture and e-waste and installation of waste treatment facilities for the disposal of organic and inorganic waste and introduction of eco-friendly utensils.

Such offices would also feature organic vegetable gardens and facilities to conserve water and electricity.

The green offices would be dust-free and toilet-friendly also, the Mission officials added.