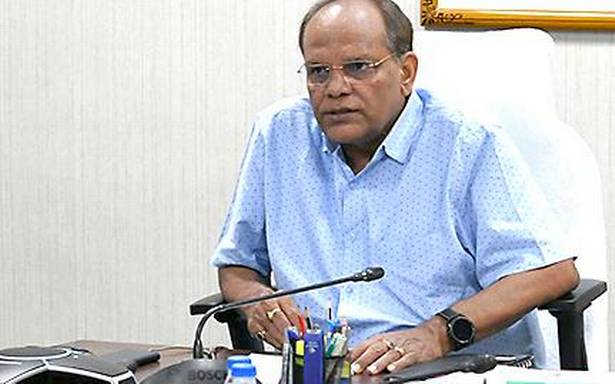 ‘No such portal in any other state’

An orientation programme on the Dharani system, an integrated land records management portal, was conducted virtually for 10 newly appointed District Collectors by Chief Secretary Somesh Kumar from the makeshift Secretariat here on Saturday.

The Chief Secretary explained to the new District Collectors that the Dharani system was developed as one of the prestigious projects of the State government to maintain and update land records on an integrated platform called Dharani portal as envisioned by Chief Minister K. Chandrasekhar Rao.

The Chief Secretary stated that no other State in the country had developed such portal to resolve land issues.

Stating that over 8 lakh transactions had taken place so far, within a period of one year of its launch, the Chief Secretary said Dharani portal had already received over 4 crore hits.

Modules of Dharani were developed on latest technology to ensure transparency.

The Chief Secretary said that the entire Dharani operating system was based on online slot booking only.

He directed District Collectors to ensure proper implementation of the system and pay special attention to clear grievances.

He explained to them resolving typical problems through PowerPoint presentation.