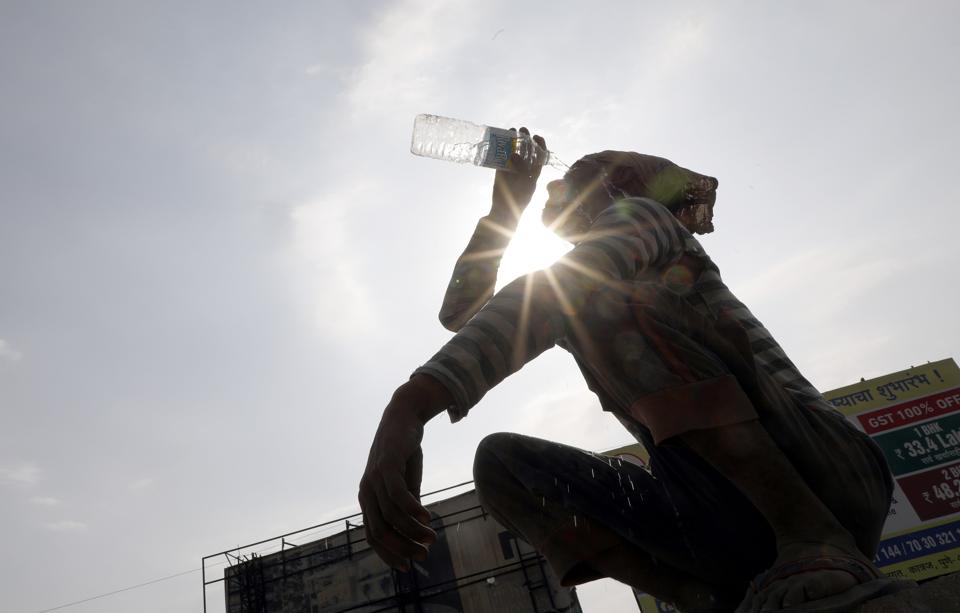 A severe heatwave continued to sweep India’s northern plains as 10 places in the region figured on the list of 15 hottest places in the world on Sunday.

Five out of the 15 hottest places were in neighbouring Pakistan, making the region warmest on the planet even as Agartala in Tripura received maximum rainfall in the world since Saturday.

As on Sunday, two-thirds of India was in grip of the heat wave with the mercury breaching the 45 degree Celsius mark in cities like Delhi, Jaipur, Kota, Hyderabad, and Lucknow. Even places like Shimla, Nainital, and Srinagar in the Himalayas, which are expected to be cooler, recorded temperatures two to four degree above normal. In Shimla, maximum temperature on Sunday was 32 degree Celsius and in Nainital, it was 33 degree Celsius.

According to studies based on India Meteorological Department (IMD) data, the number of hot days in hill stations has increased over the last two decades with temperature in places like Uttarakhand’s Mussoorie even touching 38 degree Celsius onJune1.

IMD’s director general, Mrutyunjay Mohapatra, said the situation was likely to improve in the next two days with rains and thunderstorms expected in Jammu and Kashmir and Himachal Pradesh.

He added that would lead to a change in the present wind direction. “The present heatwave is because of dry westerly winds gaining heat from deserts in Pakistan and Rajasthan. We expect the westerlies to lose steam as winds from Bay of Bengal and north-west will take over and bring relief…,” he said.

Mohapatra said there has been a rise in both maximum and minimum temperatures, which has increased surface heat and led to longer spells of heat waves. “We have noticed that in the last two decades or so, the frequency of heat waves in the country has increased,” he said.

The killer heat has left 6,167 dead in India between 2010 and 2018, according to information provided to Parliament in February. As many as 2,081 deaths were recorded in 2015 alone. The IMD defines heat waves differently for varying topographies. Maximum temperatures of over 40 degree Celsius are considered to be a heat wave in the plains. In case of coastal areas, it is over 37 degree Celsius and above 30 degree Celsius for the hilly areas.

The long dry spell in places like Vidarbha in Maharashtra and Madhya Pradesh’s Bundelkhand has resulted in severe drinking water and farm crisis. The IMD on Friday said the regions have faced rainfall deficiency of up to 79% compared to the last year. The water levels in most of the dams in Vidarbha and Bundelkhand were less than 10% of their capacity. According to the Central Water Commission, the levels are the lowest in last 10 years.

According to American space agency National Aeronautics and Space Administration, 15 years of this century have been warmest since 1880, the first year for which surface temperature data is available. This shows the globe has been warming at a much faster rate than what climate scientists believed. The global average surface temperature between 1880 and 2018 increased by 0.6 degree Celsius. In India’s case, it was 0.8 degree Celsius, according to an April El Dorado Weather report.

In fact, 2018 was the warmest in India since 1901. IMD forecasts indicate that 2019 could be a notch warmer than the previous year if the monsoon rainfall is not as per near normal prediction for it.

A study published in May 2018 in journal Scientific Reports said the warming trend in north-western and south-western India started in the 1970s. It has accelerated since 2000.

The study is based on data from 395 meteorological stations across the country. Maximum, minimum and daily mean temperatures were analysed for summer, monsoon and winter months for the study.

“The decadal mean of daily maximum temperature for April and May in the 2010s is 40 and 42 degree Celsius over large parts of India. In the 1950s, the area of high temperature was limited only to south-central India touching 41 degrees,” the report said. It added the hot zone in India is from Rajasthan-Gujarat in the west till the Andhra Pradesh coast and north Bengal in the east and from southern Haryana till Vidharba in Maharashtra.