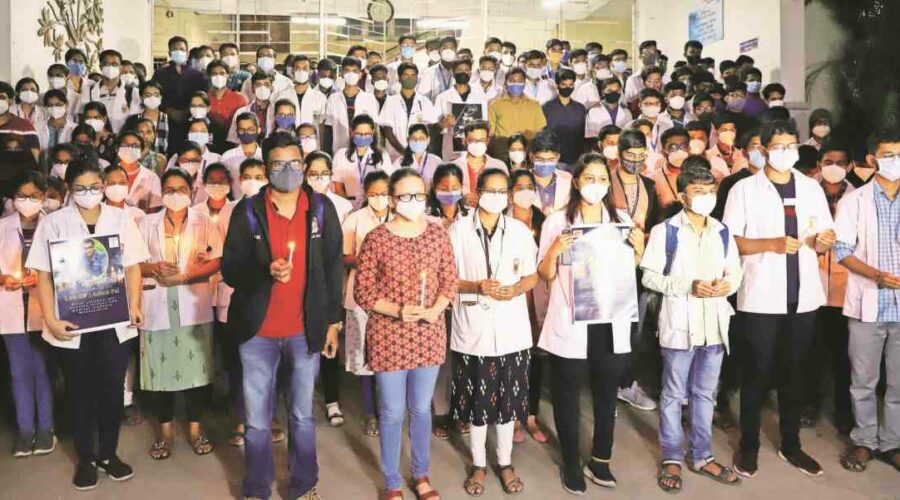 The trio has confessed to murdering student after fight on college campus: Police THE murder case of a MBBS student in Yavatmal took a new turn on Saturday after three persons, including a minor, were detained for the crime. Police said they have confessed to stabbing the student, 24-year-old Ashok Pal, on Wednesday.

Two of the suspects —Rushikesh Sawale, 23, and Pravin Gundajwar, 24 — have been arrested while the 16-year-old minor was detained following an intensive search operation by six different teams of Yavatmal Police.

Superintendent of Police Dilip Bhujbal told The Indian Express, “We took the three into custody after zeroing in on the mobile phone numbers that were found in the call records of mobile towers in the area.

After thorough interrogation, the trio blurted out the truth and confessed to having attacked Ashok Pal, the final year student of Vasantrao Naik Government Medical College, on the stretch of road between the college library and hostel. They said they had an altercation with him after he was hit by their motorcycle…”.

Earlier, on Thursday, police had arrested Akash Gofane (21) and Tushar Nagdevte (24), with whom Pal and his friends had had an altercation on August 30. Their arrest was made on the basis of an alleged threat by the duo to Pal and his friends, despite peace being brokered between the two sides by the police. Gofane and Nagdevte were later sent to police custody till November 17.

Asked if Gofane and Nagdevte will now be released, Bhujbal said, “They will be in custody till November 17. We need to ascertain whether this was a case of supari killing as the said incident of altercation between the trio and Pal doesn’t appear to be strong enough provocation for a fatal attack. Of course, that possibility can’t also be ruled out.” The suspects’ bike and the knife have been seized, said police.

On whether the trio have a criminal background, Bhujbal said, “The minor has two crimes against his name but the other two are not known to have any criminal antecedents. We are, however, checking further as they had a knife with them, with which they attacked Pal.”

Pal’s murder had triggered strong protests by resident doctors and medical students across the state, with allegations of “political pressure” preventing the arrests of “real culprits”.

11/14/2021 Cities Comments Off on Yavatmal: Minor among 3 detained for medical student’s murder
India