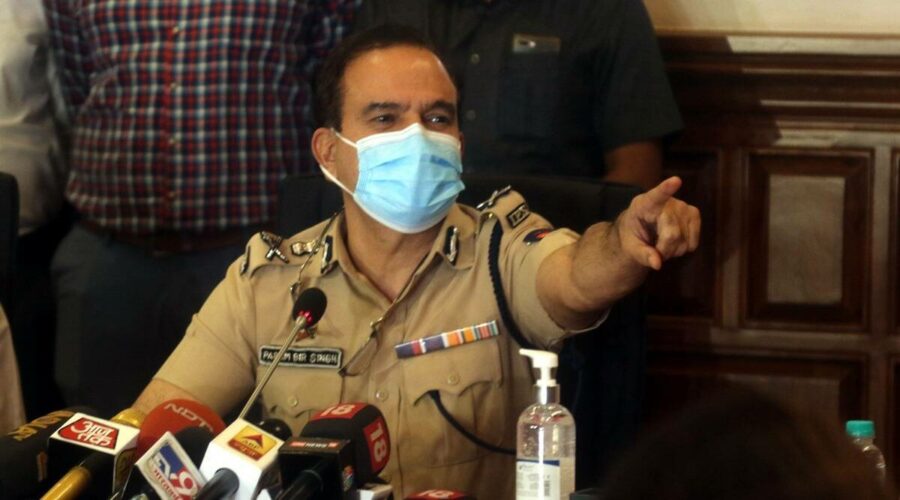 Ghadge’s FIR against Singh was registered initially by the Akola police and from there it was transferred to Thane police station and eventually is being probed by the state CID.

The Bombay High Court Monday adjourned hearing till June 22 on pleas filed by Mumbai’s former police commissioner Param Bir Singh seeking quashing of an FIR lodged against him by the Thane Police under the SC/ST (Prevention of Atrocities) Act and challenging preliminary inquiries initiated against him.

This comes after senior counsel Darius Khambata, appearing for Maharashtra, submitted that the state government would continue its earlier statement of no coercive action, including arrest, against Singh till the next hearing in the case under the Atrocities Act.

A division bench of Justice Prasanna B Varale and Justice Surendra P Tavade adjourned the hearing as a bench, led by Justice S S Shinde, which is hearing the matters regularly, was not available Monday.

A total of 27 sections, including those under the SC/ST (Prevention of Atrocities) Act, were added in an FIR lodged on a complaint filed by Police Inspector Bhimrao Ghadge alleging that Singh had coerced him into dropping the names of a few persons from an FIR in 2015, and registered FIRs against him when he did not accept the orders.

Ghadge’s FIR against Singh was registered initially by the Akola police and from there it was transferred to Thane police station and eventually is being probed by the state CID.

On June 22, the HC will also hear an intervention plea by a Khar-based developer, Kartik Bhatt, alleging that earlier this year Singh, through his two officers, had tried to extort Rs 200 crore for an SRA project that Bhatt had undertaken in Chembur. Bhatt alleged he had already paid Singh extortion money in 2018 for the same project.

The HC bench also adjourned till June 22 hearing on a plea by senior IPS officer Rashmi Shukla and former commissioner, state intelligence department, against an “illegal” phone-tapping case, registered by Mumbai Police. The state government has assured the court that no coercive steps, including arrest, will be taken against Shukla till the next hearing.

An FIR was registered under the Official Secrets Act, 1923, at the BKC cyber police station against unidentified persons for allegedly tapping phones and leaking confidential documents on the complaint filed by the State Intelligence Department.

The FIR also invoked Section 30 of the Indian Telegraph Act, 1885, and Section 43(B) of the Information Technology Act, 2000. The alleged tapping of phones had taken place when Shukla headed the Maharashtra intelligence department.

The HC, as per the state’s assurances, noted that earlier statements be continued till the next hearing, without prejudice to the rights and contentions of the parties.