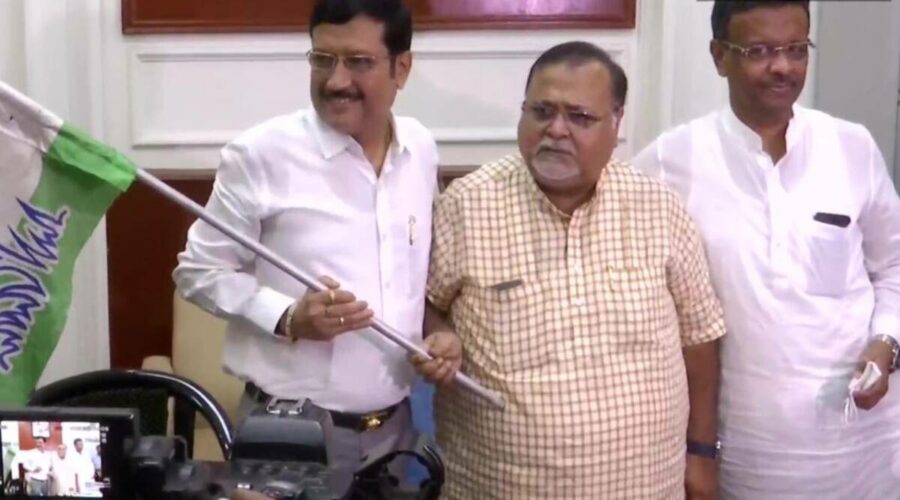 BJP leader Sabyasachi Dutta on Thursday rejoined his old party Trinamool Congress. He met Chief Minister Mamata Banerjee at her chamber after her oath-taking ceremony as MLA following win in the Bhabanipur bypoll to complete the move.

Five-time councillor and two-time mayor of Bidhannagar municipality, Sabyasachi Dutta said: “Some misunderstanding was there and I quit the party and joined BJP. But, Mamata Banerjee again accepted me and allowed me to rejoin my old party, I am indebted. I am starting a new journey.”

West Bengal Parliamentary Affairs Minister Partha Chatterjee said, “after Mamata Banerjee’s approval, he (Dutta) is joining TMC. Today Mamata Banerjee took oath as MLA. This is a historic day. On this day, Sabyasachi Dutta decided to rejoin TMC. We are welcoming him. The party will be strengthened after his return.”

After BJP’s loss in the assembly elections earlier this year, Dutta was one of the prominent leaders who criticised the party’s strategy. “Many leaders from outside came here to campaign for BJP but people somehow did not accept that,” he said.

10/07/2021 Cities Comments Off on West Bengal: Sabyasachi Dutta returns to TMC from BJP in another post-poll exit
India