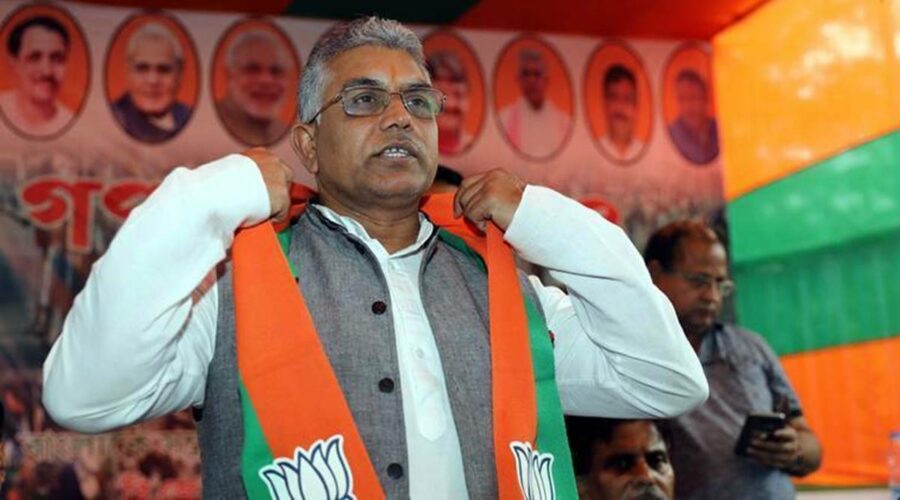 The BJP, however, refused to back down and said it would stick to its protest movement. Citing restrictions imposed to control the Covid-19 pandemic, the Kolkata Police on Sunday said it had denied the BJP permission to organise a demonstration at the Kolkata Municipal Corporation (KMC) headquarters on Monday to protest against dubious vaccination camps.

The BJP, however, refused to back down and said it would stick to its protest movement. State BJP president Dilip Ghosh said the state government was trying to brush under the carpet the “fake vaccination drive”.

“The state government with the help of police are trying to stop the BJP from protesting against the issue. They are forcing us to cancel our movement. The reason behind the police not allowing permission is that they don’t want the issue to get highlighted. But we will stick to our plan and organise the protest with a limited number of workers, maintaining Covid-19 restrictions,” Ghosh told reporters at a press conference.

Sources in the Kolkata Police said all political gatherings were prohibited under the Disaster Management Act, and its violation would invite action as per the law. The police claimed they came to know about the BJP programme from social media and informed the Opposition party about its decision.

The alleged mastermind of the dubious vaccination drive, Debanjan Deb, was arrested last month. He is accused of setting up fake vaccine camps in the city.

07/05/2021 Cities Comments Off on West Bengal: Denied nod to protest against illegal jabs, BJP refuses to back down
India