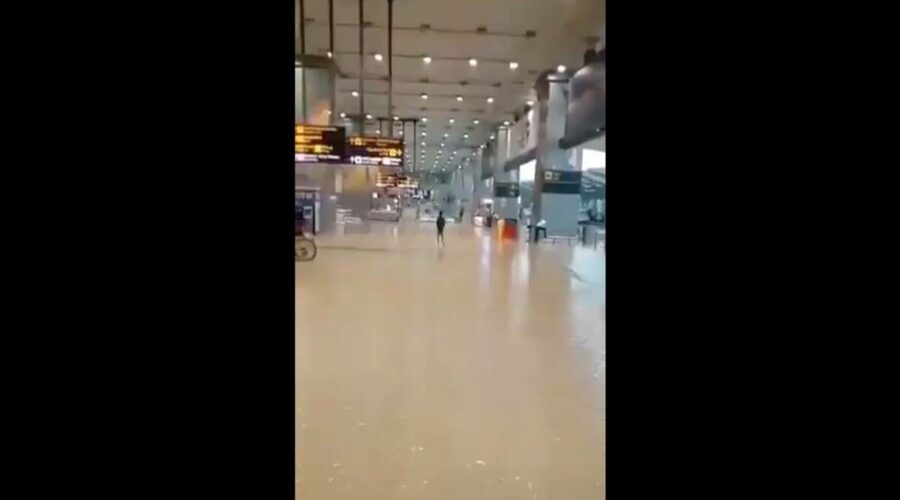 Rain water can be seen sweeping in the indoors of the terminal, causing inconvenience to the travellers. 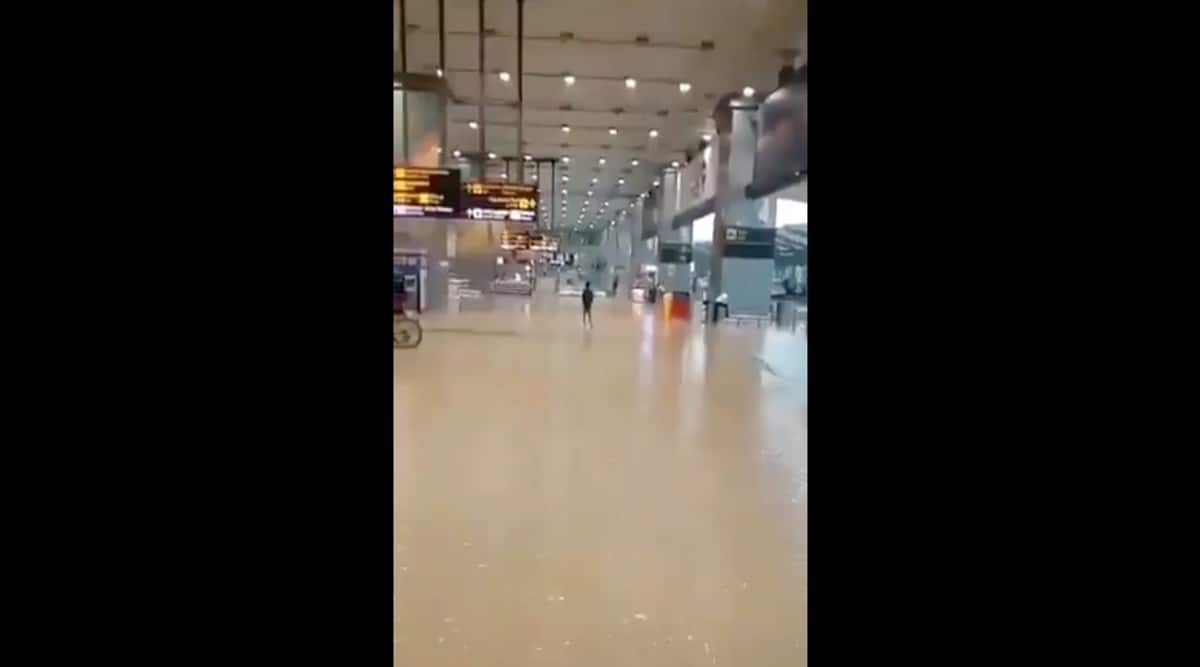 Rain water could be seen in the indoors of the terminal, causing inconvenience to the travellers. The water is ankle-deep at some places.

Due to bad weather, flights travelling to and from Delhi have been affected. Flight departures and arrivals have been changed. Several domestic airlines have been issued travel advisories owing to the inclement weather conditions.

Waterlogging has also been reported from several parts of the city, including Moti Bagh and RK Puram. People posted pictures and videos of waterlogged streets on social media. A video showed waterlogged streets in Madhu Vihar, some DTC cluster buses could be seen standing in the water, and other commuters manoeuvring their vehicles through inundated roads.

The national capital has received 97 mm rainfall in the last 24 hours, the Met department official said.

For today, generally cloudy sky with moderate rain and thunder showers were predicted. There is also a possibility of heavy rain at isolated places across the city later in the day while the maximum temperature in the national capital is likely to settle around 31 degrees Celsius.

Delhi has recorded more than 1,000 mm of rainfall so far this season. The highest amount of rainfall — 1,050 mm — for the monsoon season was recorded in 2003 at Safdarjung observatory, according to the IMD officials.