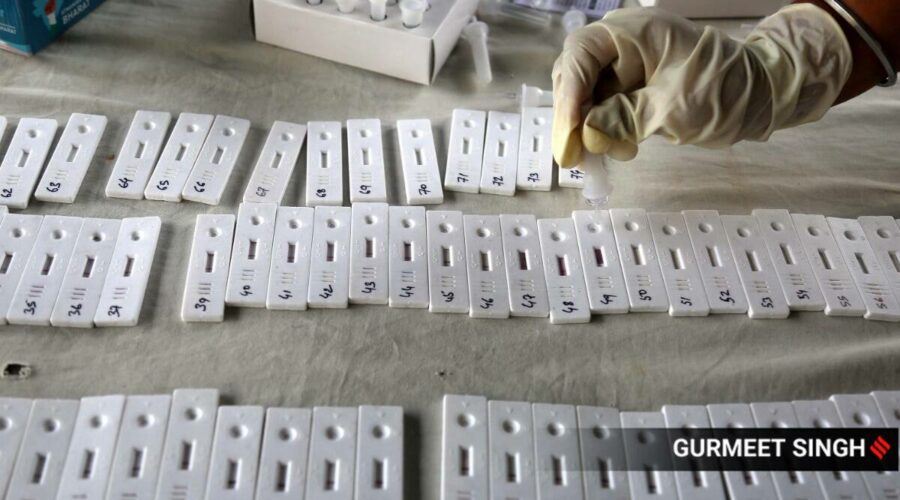 The accused, charged individuals a sum of Rs 800 for providing a Covid-19 positive and Rs 300 for a negative Covid-19 report and edited original RT-PCR reports of various laboratories of Vadodara, using the computer software. 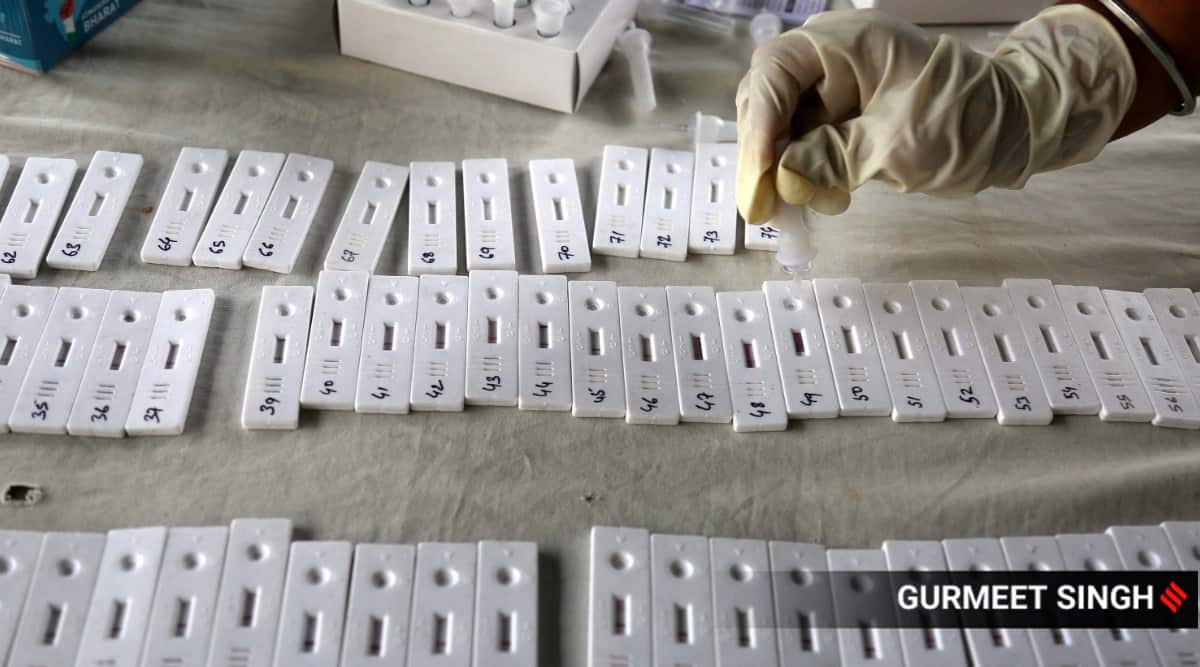 The Vadodara Detection of Crime Branch (DCB) on Tuesday nabbed a 35-year-old transport operator for allegedly selling bogus Covid-19 RT-PCR reports to individuals in the city, without actually undergoing the test.

The accused, Rakesh Mirchandani, has told the crime branch that he got initiated into the racket after initially preparing bogus RT-PCR reports for his own transport drivers.

Mirchandani, charged individuals a sum of Rs 800 for providing a Covid-19 positive and Rs 300 for a negative Covid-19 report and edited original RT-PCR reports of various laboratories of Vadodara, using the computer software.

Setting up a trap, one officer of the Vadodara DCB approached Mirchandani posed as a customer seeking a Covid-19 ‘positive’ RT-PCR report. He agreed to prepare a bogus report for the police officer posing as a dummy customer. The DCB also transferred Rs 800 to Mirchandani via an online payment app and as promised, he provided the positive report via WhatsApp to the officer. Thereafter, the Crime Branch nabbed Mirchandani on Tuesday.

Speaking to The Indian Express, Deputy Commissioner of Police Jaydeepsinh Jadeja said, “The accused runs a transport business and frequently needs Covid-19 ‘negative’ RT-PCR reports for the drivers and staff of his two tempos that operate between Gujarat and the neighbouring states. Each time he had to procure a genuine report, it meant spending close to Rs 1000 for each test. He has told us that he decided to prepare bogus reports only for his staff, initially by using ready Covid19 RT-PCR report samples and editing them in available software like PDF editor and so on. When he realised that his trick was working, he also relayed a message across in his groups that he could arrange RT-PCR reports for anyone who needs it. He also put across the rates for the same. We received a tip-off and set up a trap. So far, he has provided such bogus reports to more than 50 people.”

According to Jadeja, while negative Covid- 19 RT-PCR reports are mandatory for inter-state travel in most parts of the country, individuals also approached Mirchandani for seeking Covid-19 positive RT-PCR reports for other purposes. “Some people, who might have wanted to take leaves from work on the pretext of Covid-19 also approached the accused and got such reports made. He charged more for making a bogus Covid-19 positive report,” Jadeja said.

The DCB has booked Mirchandani under Indian Penal Code Section cheating (420), forgery for the purpose of cheating (465, 468), forging an electronic record (469), fraudulently using as genuine any document or electronic record that is forged (471)  as well as Section 3 of The Epidemic Diseases Act, 1897 for disobeying regulation in place. Mirchandani will be formally arrested following the mandatory Covid19 test.