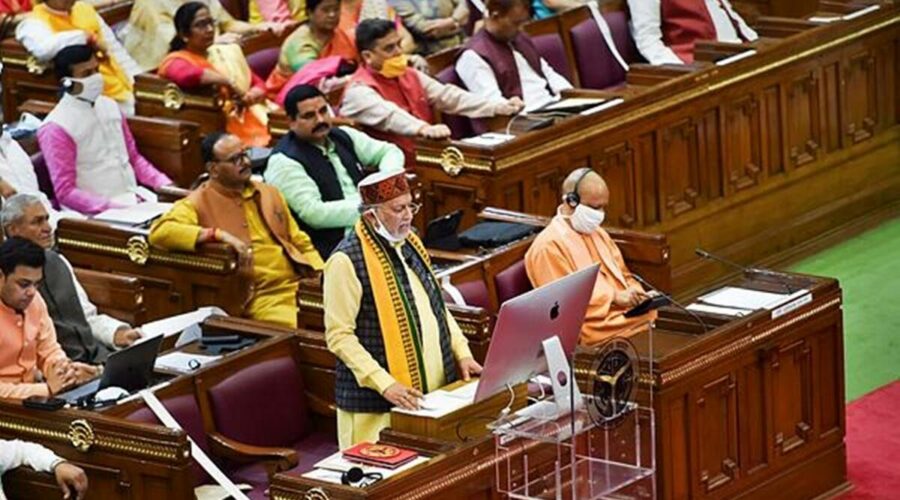 Samajwadi Party (SP) president Akhilesh Yadav said the "Goodbye Budget" of the BJP is making everyone cry as it failed to meet the expectations of the poor and the farmers. The Opposition parties on Monday termed the Budget disappointing and an “election stunt” that has failed to live up to the aspirations of the youths, farmers, women and the unemployed.

She said that the Adityanath government’s record on fulfilling its promises to the 23 crore people of Uttar Pradesh has not been “satisfactory” despite the fact that both the state and the Centre have BJP-ruled dispensations.

“This budget is extremely disappointing especially in terms of addressing the problems of the poor, weaker sections and farmers,” she added.

Samajwadi Party (SP) president Akhilesh Yadav said the “Goodbye Budget” of the BJP is making everyone cry as it failed to meet the expectations of the poor and the farmers.

“In the paperless budget the farmers, labourers, youth, women and businessmen did not get anything, and were all left empty-handed),” he tweeted.

“Poor and farmers were expecting big relief, but their expectations were not met. Now, the government has no time left and people of the state have seen what they did in the past four years,” he added.

Leader of Opposition in the Legislative Assembly and Samajwadi Party leader Ram Govind Chaudhary said: “This Budget is a bundle of lies and just an election stunt. It is disappointing and would serve no purpose,”

UP Congress chief Ajay Kumar Lallu said the Budget neither gave support to small industries, nor it talked about the destroyed crops of farmers. He added that the budget shows no clarity on sugarcane payments, and is silent on farmer’s suicides in Bundelkhand. “Budget paperless hai, Sarkar senseless hai,” he tweeted.

Congress Legislature Party leader Aradhana Misra said the government was patting itself on the back over a paperless budget but the budget is actually “truth-less”.

“It has no scheme for farming and farmers. There is not a single word on farmers’ problems. There is also nothing for the youth,” she said. The government could have made some provisions for farmers, but by not doing so, it has proved its insensitivity, Misra added.

Terming the budget disappointing, Anupam Mishra, the national spokesperson of the Rashtriya Lok Dal said, “We have not expected this type of Budget as it is not meeting the expectation of the poor and the farmers. We don’t see any ray of hope for the farmers.

Surprisingly this budget is not even worth of being called an election budget. There is nothing for farmers, unemployed youth, women. It is just a betrayal of the people of the state in the name of ‘Sabka Sath, Sabka Vikas, Sabka Vishvaas’.”

President of Rashtriya Kisan Manch, Shekhar Dixit, said the Budget lacked concrete welfare measure for farmers, and is only a new “lollipop” for them.

02/23/2021 Cities Comments Off on UP Budget an election stunt, nothing in it for youths, farmers: Opposition
TV & Movies