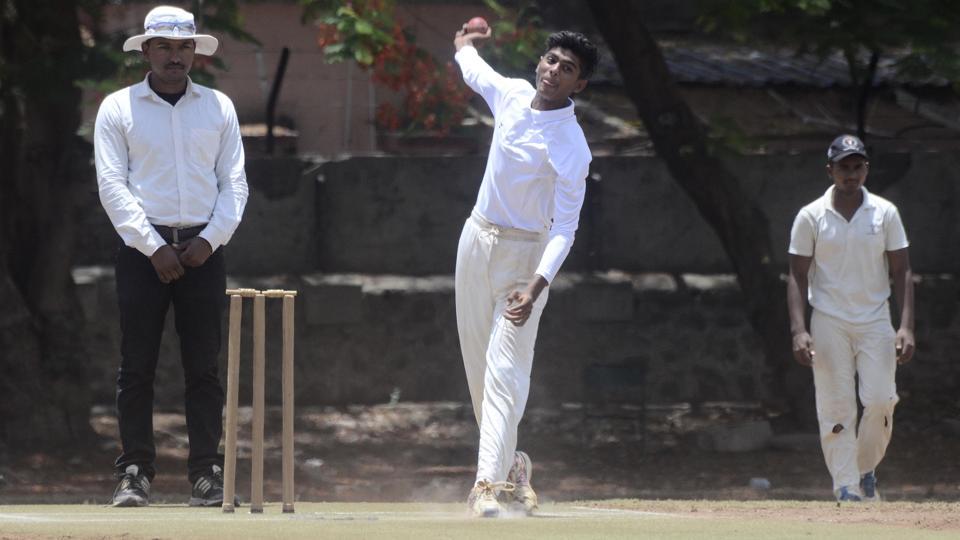 Rajwardhan Undre’s 4-wicket burst in three overs helped Club of Maharashtra to secure four-wicket victory over Dastur Boys in the quarter-final of the Shivrampant Vishnu Damle trophy under-19 inter-club cricket tournament at the Katariya High School ground on Wednesday.

In the match which was curtailed into 18 overs after teams reported late saw Club of Maharashtra chasing a target of 110 runs in 14.3 overs.

After opting to bat first, Dastur boys failed to set the stage on fire as they kept losing wickets at regular interval.

With two wickets falling under first four overs – Dastur Boys were not able to score freely from there onwards. Things became more difficult once right arm off-spinner Rajwardhan Undre came to bowl in 14th over.

Undre first sent back Abhijeet Salve and Sagar Mallepati for duck and then took wickets of Razaq Fallah and Dev Chavan to bowl out Dastur Boys for 110 runs.

“Being the only off-spin bowler in the team my job is to give fewer runs in middle overs,” said Undre who is a batting all-rounder.

“We have top class batting line up so it helps me as a bowler. In most of the matches, we have managed to score good runs. Whoever we will face in the semi-final it will be a quality team,” said Undre.

Captain Laddha, who with a ball took two wickets wants his team to improve more on fielding.

Chasing down the target of 164 runs in allotted 20 overs. Aryans Cricket Academy was bowled out for 144 runs in 18.3 overs.

Victory for 22 Yards was set up by Mihir Kiledar who with bat scored 55 runs in 30 balls and Shubham Kharat who took 3 wickets in 4 overs giving away 23 runs.

05/30/2019 Cities Comments Off on U-19 inter-club cricket: Undre spins Club of Maharashtra into semi-finals
India