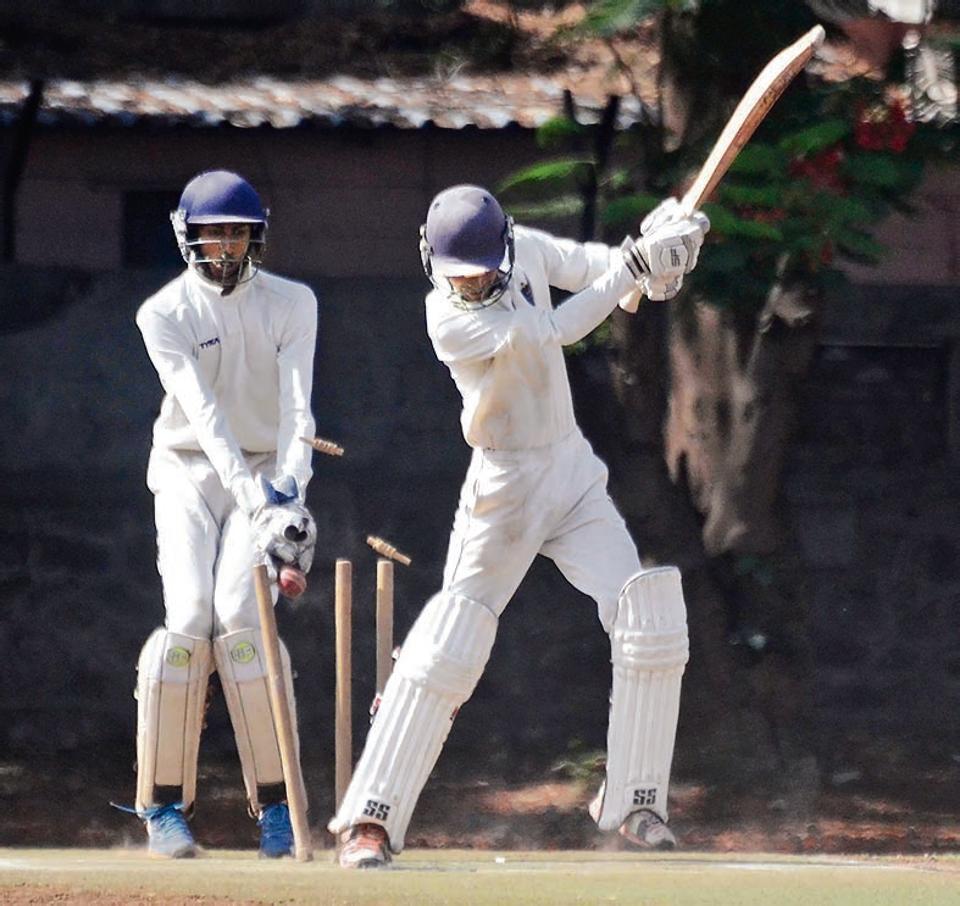 Openers Rohit Kharat and Tejas Tolsankar of Virag Cricket Academy gave Deccan Gymkhana a scare before their spinners took six wickets to secure 17-run victory in the quarterfinal of the Shivrampant Vishnu Damle trophy under-19 inter-club cricket tournament at the Katariya High School Ground on Tuesday.

Kharat and Toslankar were going strong with boundary in an over. The duo added 80 runs in first 10 overs before Kharat was stumped out on the bowling of Abhishek Tate.

“We had a very good start but once the openers were out none of the batsmen could spend time on the pitch. Deepak Dangi did well scoring quickfire 35 in 15 balls but he lacked support from the other batsmen,” added Aditya Ghule, captain of Virag Cricket Academy.

Once the first wicket partnership of Tate, captain of Deccan Gymkhana broke. The urge of playing big shots by Virag’s batsmen got them out cheaply.

“Most of the players made poor shot selections. We just needed one player to score more runs but it did not happen and even we dropped few catches which allowed the opponent to set the target of 166 runs,” added Ghule.

For Deccan Gymkhana, the victory taught them a lot of lessons as they had to toil hard before getting a place in the semi-final.

With the bat, Deccan Gymkhana had a decent start as openers Yash Boramani and Akshay Khopade added 55 runs in first 5 overs.

Once Boramani was out, the scoring rate declined and they could only manage a score of 167 runs.

“We could have scored more, but players getting out within 30 or 40 runs made an issue. Players should focus on playing big innings,” said Abhishek Tate who could only contribute nine runs to his team.

Deccan Gymkhana fielders had a tough day as they dropped three catches in first ten over which allowed Kharat and Toslankar to score freely. “We need to improve more on our fielding,” added Tate.

Off-spinner Tate and Nikunj Bobra shared six wickets between them for Deccan Gymkhana. Part-time bowler Bobra came to bowl in 19th over and took three wickets to seal the victory for his team.

In the first, quarter-final of the day, PYC Hindu Gymkhana secured a nine-run victory over Ranjane Cricket Academy.