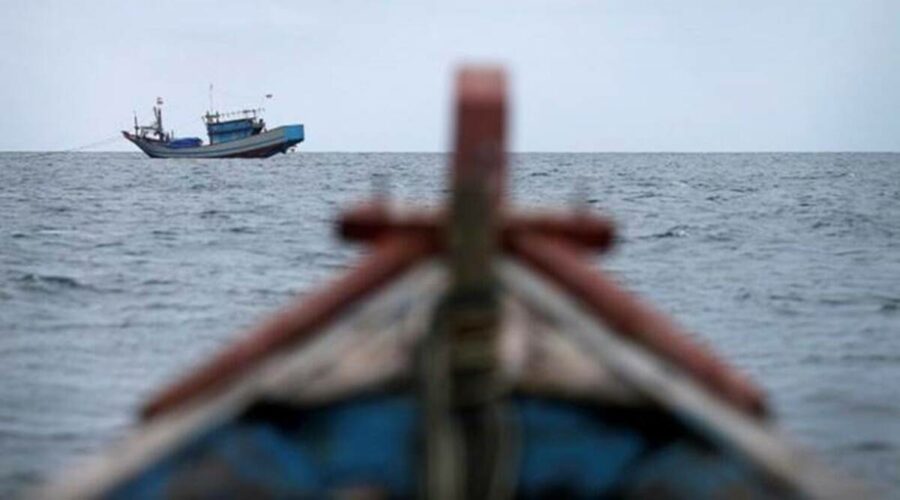 As of January this year, 270 Indian fishermen, most of them from Gujarat were lodged in Pakistani jails after being arrested for allegedly violating its territorial water at the Arabian sea while around 70 Pakistani fishermen were lodged in jails in Gujarat. 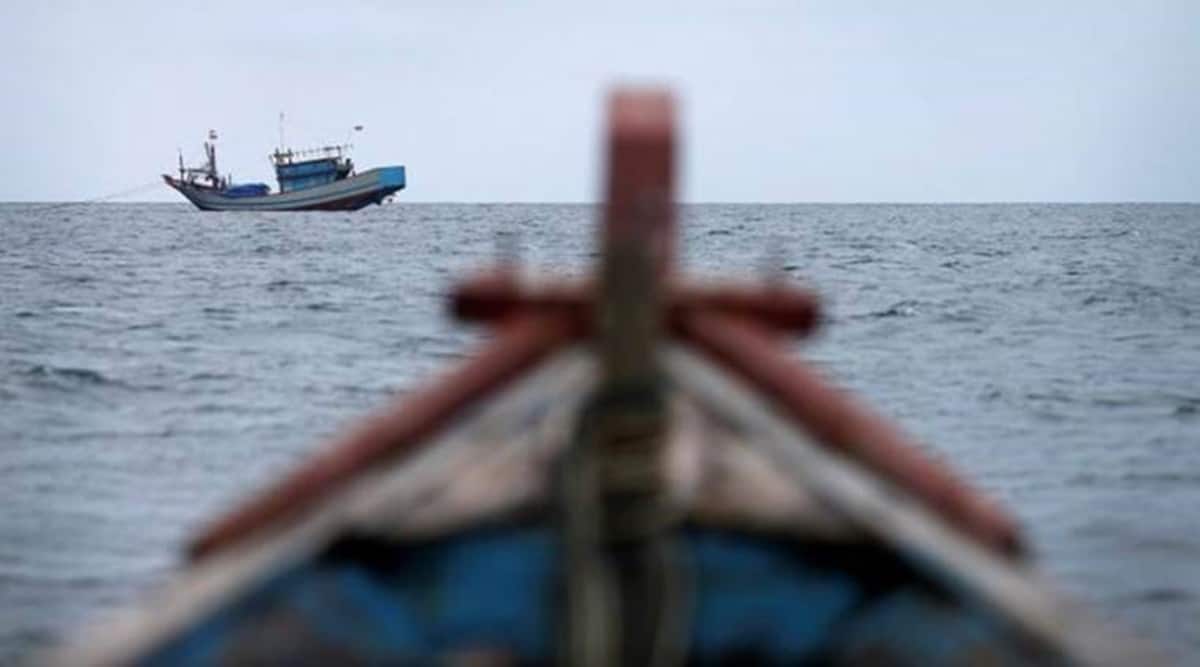 TWO WEEKS after a 36-year-old Indian fisherman, Ramesh, died in a jail in Karachi, Pakistan, his relatives are trying all they can to keep the news from reaching his widow. After Ramesh’s parents died since he was arrested in 2019, his widow and three children were left to fend for themselves.

“After we got the news from fishermen leaders, I contacted Rajesh Chudasama, our MP from Junagadh, and requested to get the news verified and try to bring Ramesh’s body back at the earliest. Ramesh’s teenage son has read the news about his father’s death on his phone, but we have told him it’s fake news. We can’t break this news to Ramesh’s wife and three young children as we don’t know when his body would be repatriated. If we tell her, she could be weeping endlessly while Ramesh’s body lies in a foreign country with no official word as to when it would be handed over to us,” Ramesh’s cousin told The Sunday Express.

Ramesh died at Landhi prison hospital in Karachi on March 26, said Jatin Desai, the former general secretary of Pakistan India People’s Forum for Peace and Democracy (PIPFD), an NGO working for friendly relationships between the two nations. The Indian government has since confirmed Ramesh’s death and that he was an Indian citizen.

Ramesh’s wife, a homemaker, had dropped out of school after Class 9. The couple has two sons and a daughter. While the eldest son is 13 years old, the youngest is eight and the daughter is 10 years old.

Ramesh was the lone son of a farmer with 2.5 bigha land in a coastal village in Gujarat’s Saurashtra region. But as the land is saline and their family expanded, Ramesh had to look for other work. As working on a fishing boat pays around Rs 10,000 per month, Ramesh, like dozens of men from his village, opted for the work in 2017. But in his third fishing season, he was caught by Pakistan in May 2019 along with a group of other fishermen, for allegedly violating the territorial waters of Pakistan.

His cousin brother, who is in his early 40s, was also among those arrested that day and is also languishing in a Pakistan jail despite having completed his sentence.

The news of Ramesh’s arrest was a rude shock to his family. “His mother was shocked by her son’s arrest by Pakistan. She suffered a heart attack a few months later and died. His father also died around six months ago, leaving Ramesh’s wife to fend for herself,” the cousin brother, a farmer in the same village, said.

Ramesh’s younger sister is married and stays in a neighbouring village.

The family says that Ramesh didn’t have any medical history nor was he reported to be ill after his arrest. “My elder brother, who was fishing on another boat and was also caught the same day. From Pakistan prison, he wrote to us a few months after his arrest and informed us about his well-being. But he didn’t mention that Ramesh was ill or anything like that,” the cousin added.

Ramesh had completed his prison sentence in July 2019, Desai, the Mumbai-based activist, said but he had continued to languish in Pakistan jail.

“The most shocking part is that Ramesh was not given consular access till his death even through a bilateral agreement signed in 2008, India and Pakistan had agreed to grant consular access to national of each other within three months of their detention, arrest or imprisonment. Such agreements between sovereign nations are meant to be respected by each party and to be followed in letter and spirit. If they are not implemented, they have no meaning. Ramesh’s cousin brother has also completed his prison term in June last year and yet he is languishing in jail, with no consular access granted to him either till date,” Desai said.

He demanded that all Indian fishermen lodged in Pakistani jails even after completing their sentences should be released immediately. “This issue needs to be seen from a human angle,” Desai, who is also a journalist, added.

Jawahar Chavda, Fisheries Minister of Gujarat, said the state government was seized of the matter.

“We are aware of the death of this fisherman. We completed the formality of verification of his nationality, as demanded by the Central government, on Thursday and have written back to the Union Home Ministry. The Union Home Ministry is expected to raise this matter with the Ministry of External Affairs of India. We are hopeful that the formal process of repatriating this fisherman’s body will be initiated in the next couple of days,” Chavda told The Sunday Express.

As a part of the process of verifying the nationality of Ramesh, a team of officers of the Gujarat fisheries department went to Ramesh’s village on Thursday. But the cousin said they had to guard Ramesh’s widow. “We told her and the children that officers have come to seek details as Ramesh is to be released from Pakistan,” said the cousin.

As of January this year, 270 Indian fishermen, most of them from Gujarat were lodged in Pakistani jails after being arrested for allegedly violating its territorial water at the Arabian sea while around 70 Pakistani fishermen were lodged in jails in Gujarat.

“The state government does provide ex-gratia compensation to fishermen’s family but it can be argued that fishermen are getting caught because of the failure of the government to fix the water boundary,” a fisherman leader from Saurashtra said.

04/10/2021 Cities Comments Off on Two weeks after his death in Pak jail, Gujarat fisherman’s body yet to be brought back
India