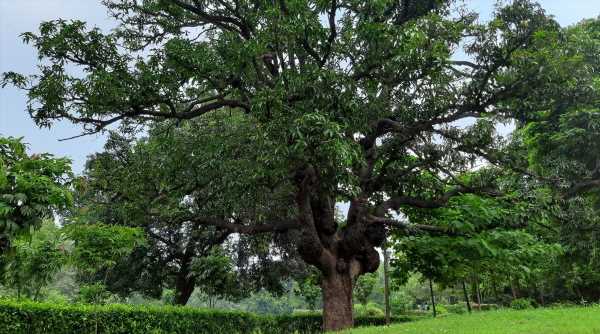 Every summer, caretakers, gardeners and children who visited the gardens used to take home a few of the mangoes. Even if each gardener took home a few mangoes, they would all be over because there were 250 gardeners till a few years ago. 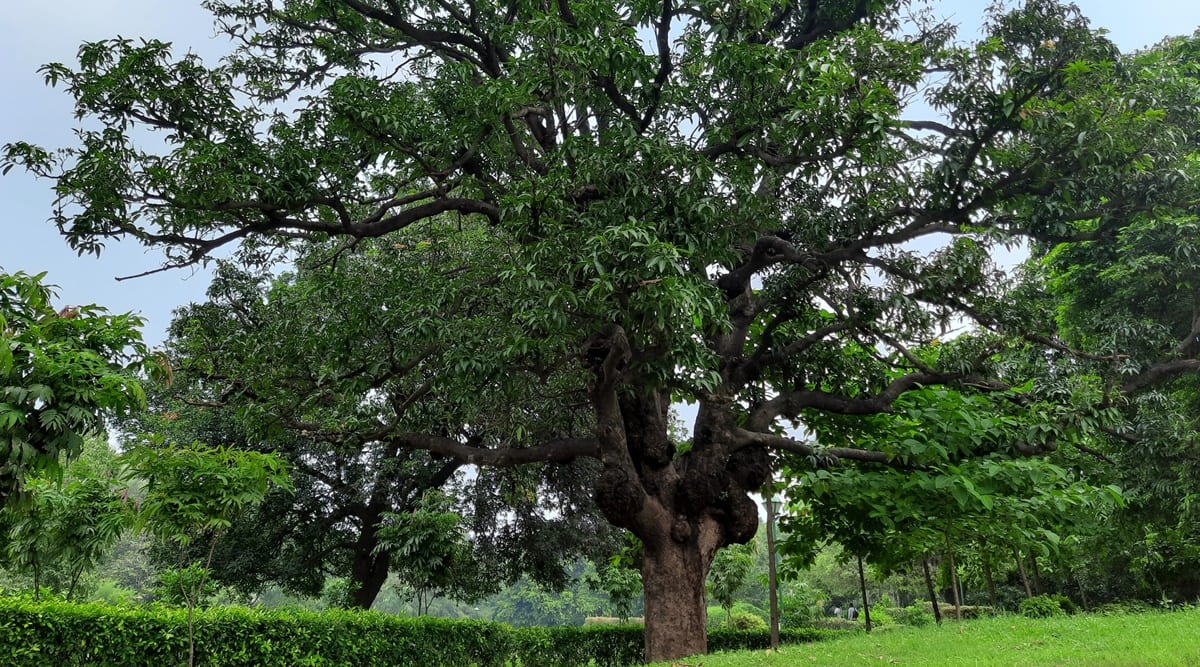 A mango tree located in the heart of Lodhi garden has stood the test of time. But with canker disease, or “tree cancer”, caretakers think it is nearing its end.

The tree stands north of the Shish Gumbad (glass dome), almost mirroring its magnificence. The dome still has a few remains of the glazed blue ceramic tiles, which earlier covered it entirely. The mango tree, too, has witnessed the changing times.

Of all the trees in Lodhi Garden, this mango tree found a spot in a list of 16 ‘heritage’ trees prepared by the Delhi government a few years ago. With no signboard near it, a visitor to the gardens is unlikely to know it is on any such list.

It has been around as long as the caretakers can remember. A gardener who has been in Lodhi Gardens for 34 years recalls the mango tree in full bloom, before it was hit by disease. Every summer, caretakers, gardeners and children who visited the gardens used to take home a few of the mangoes. Even if each gardener took home a few mangoes, they would all be over because there were 250 gardeners till a few years ago.

With time, the number of gardeners reduced and the number of machines went up. The landscape changed slowly and newer trees were planted.

With the lockdown for the last two years, summers have been relatively quiet in Lodhi Gardens. “For the last five-six years, monkeys visited the garden… but since there were no people to give them food during the lockdown, they stopped coming too,” said a gardener.

During the day, birds like the green parakeet frequent the tree. Unlike the plants and shrubs around it, the mango tree needs little maintenance. According to a supervisor, a branch falls off every year because of the disease. Many experts have come to see the tree but none has figured out a cure.

Though the disease could claim it eventually, the tree stands tall in the vicinity of the Lodhi-era monuments for now, branches fanning out over its smaller neighbours.

Why it was chosen as one of the Heritage trees — a project that now seems to have been abandoned by the government — remains a mystery, according to an official of the horticulture department of the NDMC. In terms of age, there are others in the garden that have surpassed it. This isn’t the only mango tree on the premises, though it could be among the oldest. By his estimates, the tree could be around 70 to 80 years old, and has had the disease for nearly a decade.

Once the trees were identified as ‘heritage’ trees, signboards were to be placed with information about them, besides a board warning people against damaging the tree. Native species of the Aravallis and the NCR were to be chosen and protected like historical monuments.

09/15/2021 Cities Comments Off on Tress of Delhi: At Lodhi Gardens, a mango tree that stood test of time could be nearing its end
India