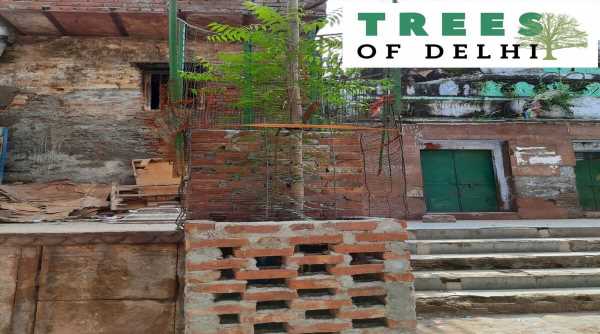 A storm that hit Delhi four years ago uprooted a far bigger and older neem tree that was on the list of trees that the Delhi government intended to mark as 'heritage trees' in 2016. 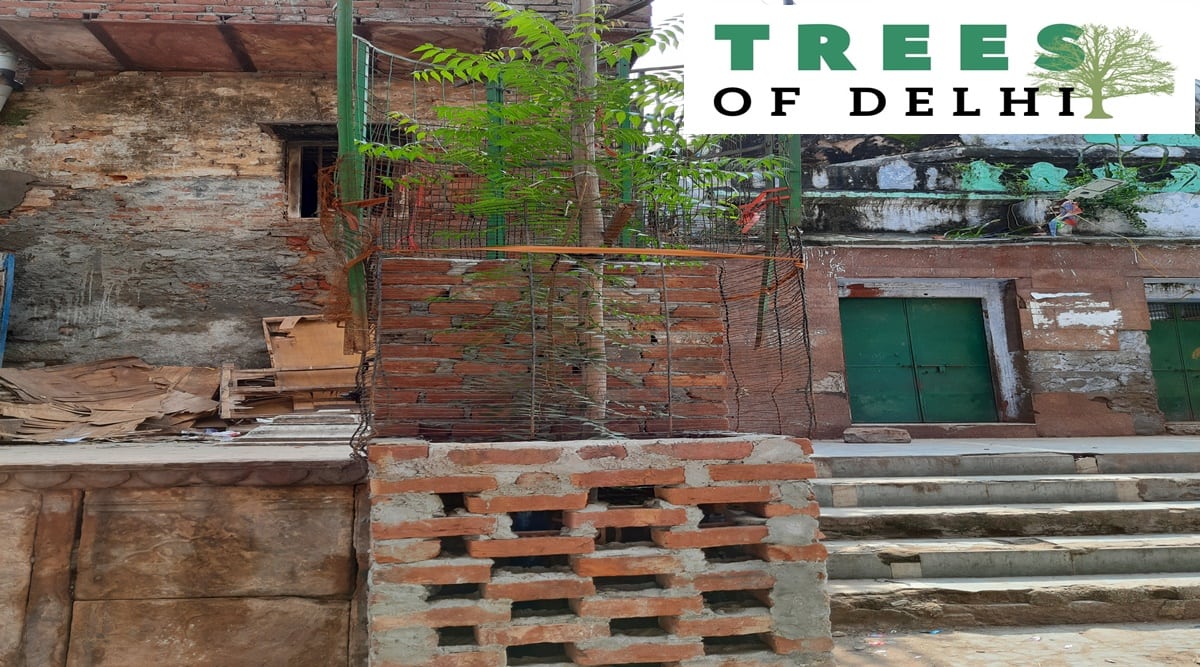 A small neem tree, caged by a tree guard, stands against the backdrop of an azure sky and a 14th-century shrine, the Qadam Sharif in Paharganj.

A storm that hit Delhi four years ago uprooted a far bigger and older neem tree that was on the list of trees that the Delhi government intended to mark as ‘heritage trees’ in 2016. While the project to declare them heritage trees and give protection never got off the ground, the family that takes care of the forgotten shrine decided to replace the old with the new.

The narrow, winding streets in the area open onto a courtyard with the tree in the centre. The turquoise and green shades of the forgotten architectural marvel seem to both contrast and compliment the tree in front of it.

Pradip Krishen’s book, Trees of Delhi, notes that the neem is not native to Delhi but is now naturalised. Neem trees line some of Central Delhi’s avenues, and the tree has even found a presence in parts of the Ridge. Krishen goes on to explain that the neem was carried to Fiji, Guyana and Mauritius by Indian immigrants in the 19th century and to sub-Saharan Africa by British colonists. It is known to have medicinal values – the oil from its seeds is used to treat skin diseases and ulcers, while neem leaf extracts are used in making insect repellents. Neem trees are known to live up to 200 years or more, the book adds.

Even today, the smaller neem tree at Qadam Sharif is woven into the fabric of harmony and peace in the area. The area around the tree and the shrine continues to be a community space; frequented by children who play inside and outside, stray cattle that walk in and out of the shrine, and worshippers who come for namaz every Friday. Houses jostle for space around the shrine, and some that are built around it lead to the ground floor of the Qadam Sharif compound that Feroze Shah Tughlaq is said to have built as a tomb for his son Fateh Khan.

The caretaker of the shrine, who lives in the vicinity, said the decision to plant a new neem tree to take forward the legacy was taken by the members of the community. The old tree, certainly far younger than Qadam Sharif, going by the caretaker’s estimates, fell to the storm, while the neglected historical treasure in its vicinity continues to stand, albeit weather-worn and dilapidated.