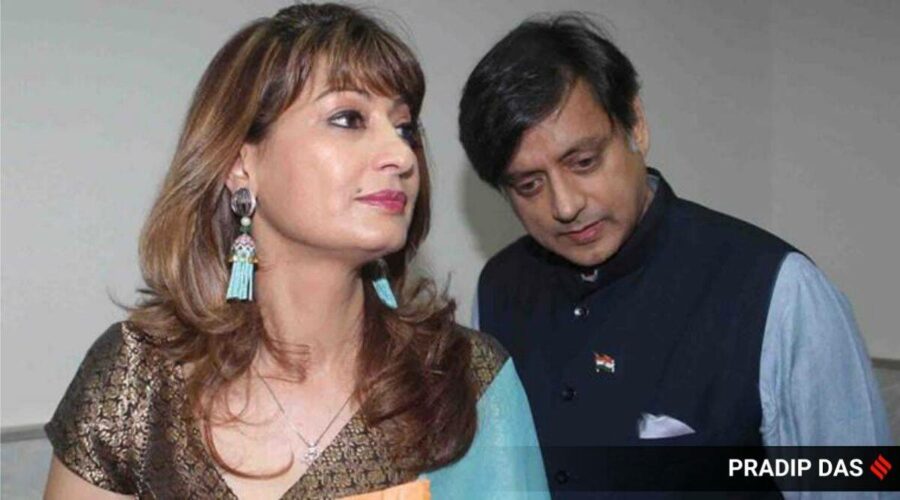 For three years Tharoor’s lawyer senior advocate Vikas Pahwa and the state prosecutor, Atul Kumar Shrivastava, have been arguing on the point of charge in this high voltage case which went through various twists and turns When a Special Judge at Rouse Avenue discharged Congress MP Shashi Tharoor in the death case of his late wife Sunanda Pushkar, he said this was “seven-and-a-half years of absolute torture”.

For three years Tharoor’s lawyer senior advocate Vikas Pahwa and the state prosecutor, Atul Kumar Shrivastava, have been arguing on the point of charge in this high voltage case which went through various twists and turns.

This included arguments by the prosecutor asking the court to charge Tharoor under murder sections which caught Tharoor’s legal team by surprise. Furthermore, the prosecution at one time also alleged that the Special Investigation Team (SIT) had to approach the FBI stating that a forensic report released when the Congress Government was in power was incorrect.

Here is a timeline of the key arguments that took place between the two lawyers who barely lost their cool in the high voltage case, often paying compliments to each other as the case progressed.

The first hearing on the point of charge took place at Rouse Avenue court.

Shrivastava had opened his arguments stating that “while post-mortem opined the cause of death was poisoning, there were 15 ante mortem injuries which were 12 hours to four days old and produced in a scuffle.”

The prosecution had also told the court that Sunanda was upset with her husband after she found a BBM message exchanged between Tharoor and Pakistani journalist Mehr Tarar.

Delhi Police for the first time asked the court to prosecute Tharoor for abetment to suicide or “alternatively” frame murder charges against him. The prosecution had relied on three medical reports and claimed that the “cause of death was poisoning, probably Alprazolam poisoning”.

Pahwa had rebutted that in all these years “the cause of death could not be determined and they are going from one door to another. We have to speak from the evidence and not just from the air.”

Furthermore, the prosecutor had relied on a statement by Pushkar’s son, Shiv Menon’s statement to the SDM which read: “My mother is a strong woman she cannot commit suicide.”

Tharoor’s counsel began his rebuttal to the prosecution arguing that “there was no evidence to suggest cause of death”.

Pahwa had told the court that the prosecution “could not find anything, they took a very adventurous move”.

Pahwa’s main argument, which he would go on to emphasis on multiple hearings, was that “the reports suggest that it was neither a case of homicide nor suicide.”

He had also moved an application seeking to bring Pushkar’s tweets on record and submitted that her tweets “clearly indicate that the deceased was not having any ‘suicidal ideations’ as is sought to be alleged by the prosecution.”

The hearings on bringing Pushkar’s tweets on record had officially begun. Pahwa had told the court that the Twitter account of the deceased was important to check the state of mind before her death, since police had relied on the psychological autopsy report. He had said Pushkar’s tweets were very important in the case as they paint a different picture than what police were alleging.

Shrivastava had opposed the application terming it “vague” and told the judge that Tharoor’s application was like the Russian Doll, as if it was allowed it would be never ending.

The court had dismissed Tharoor’s application to bring on record Pushkar’s tweets, observing that he “cannot insist on a direction to the prosecution to first obtain the document and then supply it to him when the documents are in the public domain”.

Despite the lockdown and restricted functioning of courts due to the Covid-19 pandemic, the case began to move ahead.

Pahwa read out the statement of Pushkar’s son, which stated that Tharoor “could not have murdered his mother as he could not have even hurt a fly”. This was the first time Menon’s statement was read out in court with some detailing the relationship shared between Tharoor and Pushkar, the difficulties they faced and Menon’s last few days with his mother.

Shrivastava told the court that the special investigation team (SIT) in the Sunanda Pushkar death case had to approach the United States’ FBI because of the previous government at the time, stating the report from the central forensic science laboratory (CFSL) was not correct.

Pahwa had rebutted this by stating that the prosecution has made “an irresponsible statement by claiming that the CFSL report was not right…He is doubting his own CFSL report.”

The judge hearing the case had also observed, “My question is can the prosecution go only on suppositions?”

Pahwa also informed the court about the timing of the CFSL and the FBI reports and said the government had changed by then. He added: “How can he make such a statement? That UPA government was there…what kind of argument is this? How can it be attributed to someone?”

08/18/2021 Cities Comments Off on Timeline: A look back at important arguments in the Sunanda Pushkar death case
India