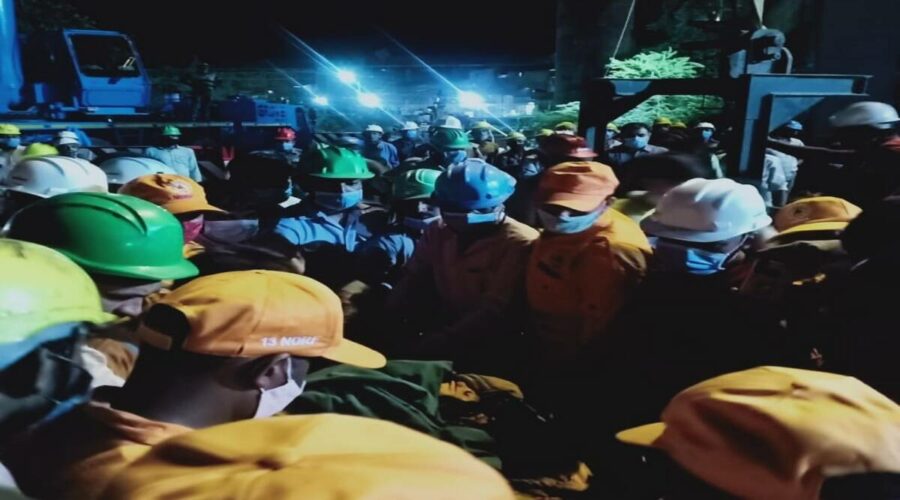 According to police, the accident occurred at a factory site of Hathi Cements of the Saurashtra Cement Limited at Ranavav area of Porbandar on Thursday afternoon around 3:30 pm. 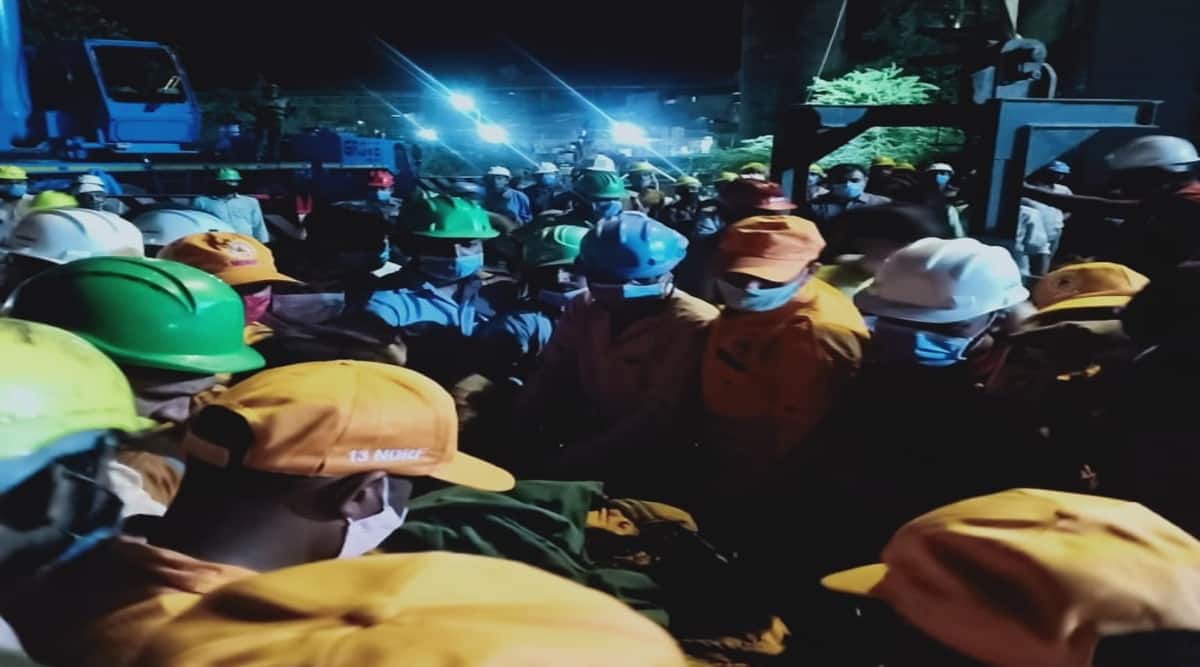 Three workers were found dead while three others were rescued in a joint operation by the National Disaster Response Force (NDRF), police and other agencies after they fell inside a chimney at a factory site in Porbandar on Thursday afternoon as the scaffoldings on which they were standing upon during the repair work collapsed.

According to police, the accident occurred at a factory site of Hathi Cements of the Saurashtra Cement Limited at Ranavav area of Porbandar on Thursday afternoon around 3:30 pm when six workers were doing painting, dusting, cleaning and renovation work of inside and outside of a 85 metres long chimney by standing on scaffoldings which then collapsed leading to them falling. According to officials, the accident occurred exactly when the work was completed and workers started the process of removing scaffoldings. According to a statement released by the NDRF on Friday morning, out of the six workers, three were rescued and three were found dead.

Initially the rescue operation was started by the local police and Indian Coast Guard after which a team of NDRF was rushed in late night Thursday.

“Team 6 NDRF reached the site at 11:20 pm and started the operation at 11:30 pm. Two victims were already rescued by other agencies and one victim was rescued by a joint operation of NDRF and other sister agencies at about 11:55 pm. All three rescued workers were shifted to civil hospital for further treatment,” read a statement from the NDRF.

Ravi Mohan Saini, Superintendent of Police, Porbandar, told The Indian Express, ”We were facing difficulties in rescue work because the entry into chimney from top or bottom was jammed so we broke parts of the chimney from middle and created window like spaces from where workers can be rescued.”