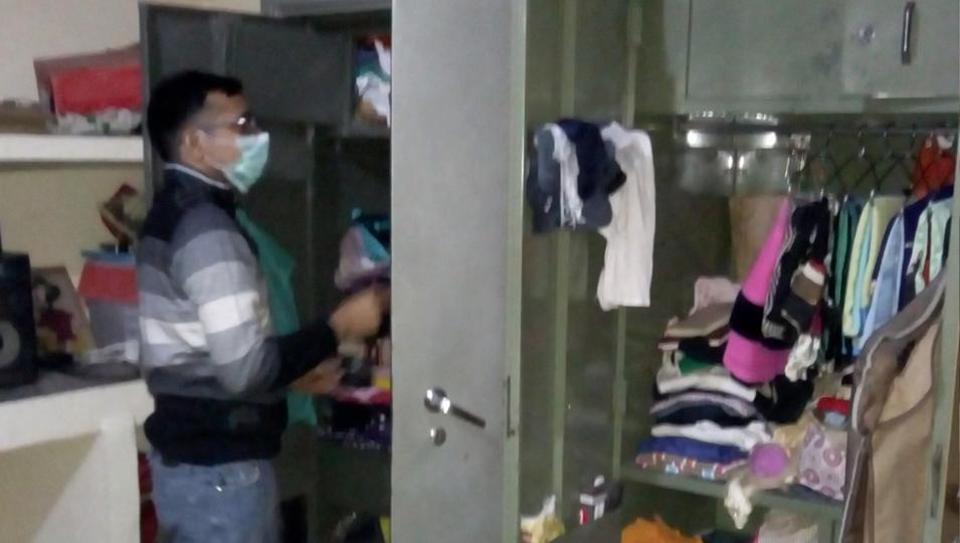 Unidentified thieves broke into a house at an upscale locality in Sector 51 and decamped with cash, jewellery, silver utensils and coins while its occupants were out of station, the police said on Sunday.

According to the police, the owner of the house, who works at a private company, went to Mumbai last week for some official work, while his family had gone to Canada. “When I returned on Saturday late night, I noticed that the entrance door of my house was open and the wardrobes were ransacked. The lock of the door of the master bedroom was broken,” the complaint stated in his FIR.

The police said that according to the complaint, around Rs 35,000 in cash, some cash in foreign currency, one gold chain, four gold bangles, four kilogrammes of silver bar, coins and idols, diamond ear rings worth Rs 38,000, and three watches a total of worth Rs 30,000 were stolen from the house.

Yogesh Kumar, ASI, Sector 50 police station said, “No suspect has been arrested yet. The CCTV cameras installed outside the premises were not working. No eyewitnesses have come forward. The police are investigating the case.”

A case was registered against the suspects under sections 380 and 457 of the Indian Penal Code (IPC) at Sector 50 police station on Sunday, the police said.